SEOUL/GWANGJU, May 23 (Yonhap) -- South Korea and the international swimming federation on Thursday asked North Korea to participate in the world swimming championships south of the border this summer, with the North's status still in limbo.

The southern metropolitan city of Gwangju will host the FINA World Aquatics Championships from July 12 to 28, under the slogan "Dive into Peace." In a joint statement, Gwangju Mayor Lee Yong-sup and FINA President Julio Maglione said they are "sincerely hoping" that North Korea will be part of the competition. 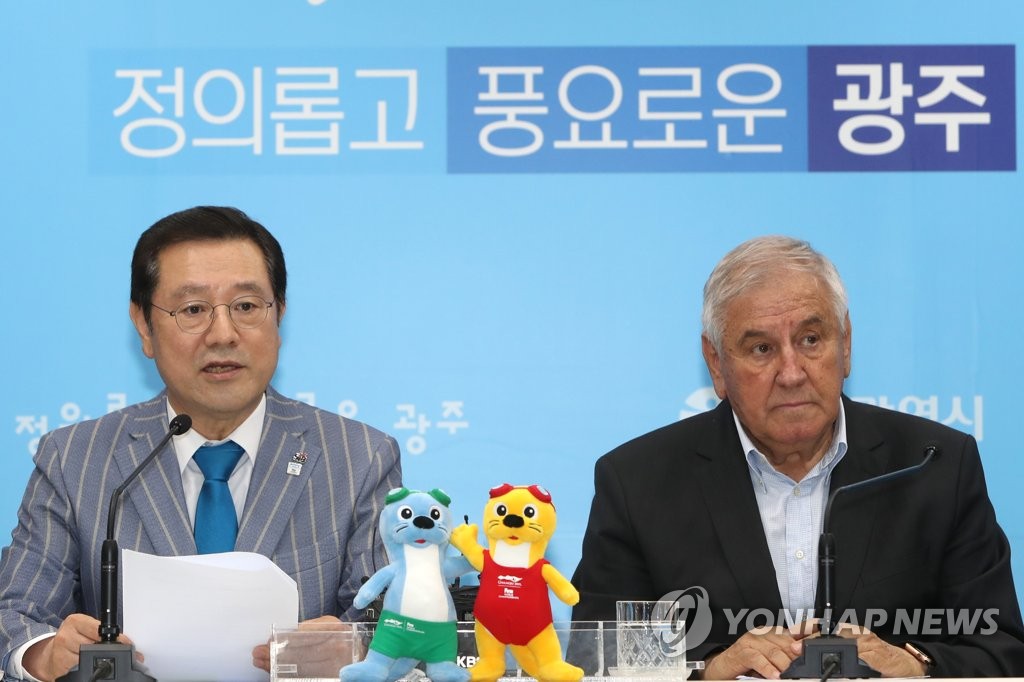 The deadline to register for the event is June 12.

"By hosting this competition in the only divided nation in the world, we want to demonstrate to all that sports can transcend politics and ideology, and that communicating and interacting through sports equates to peace," the statement read. "The 1.5 million residents of Gwangju and South Korean people are eagerly looking forward to cheering on athletes from the South and the North and attending performances by their art troupes."

"The world championships in Gwangju will be a great opportunity for athletes from the two Koreas to forge friendships and promote peace on the Korean Peninsula to the rest of the world," the statement read. "We hope Gwangju will provide the stage for peace and reconciliation this summer, and we'd like to respectfully extend our invitation to the North Korean athletic delegation, cheering squad and art troupe."

But at a separate press conference, FINA's executive director Cornel Marculescu said North Korea had recently informed FINA that it won't compete in Gwangju. Marculescu added FINA will keep on trying to persuade North Korea to change its mind. He also said because North Korea sent athletes to the FINA's Diving World Series in London last week, the country may do so again for the worlds in Gwangju. 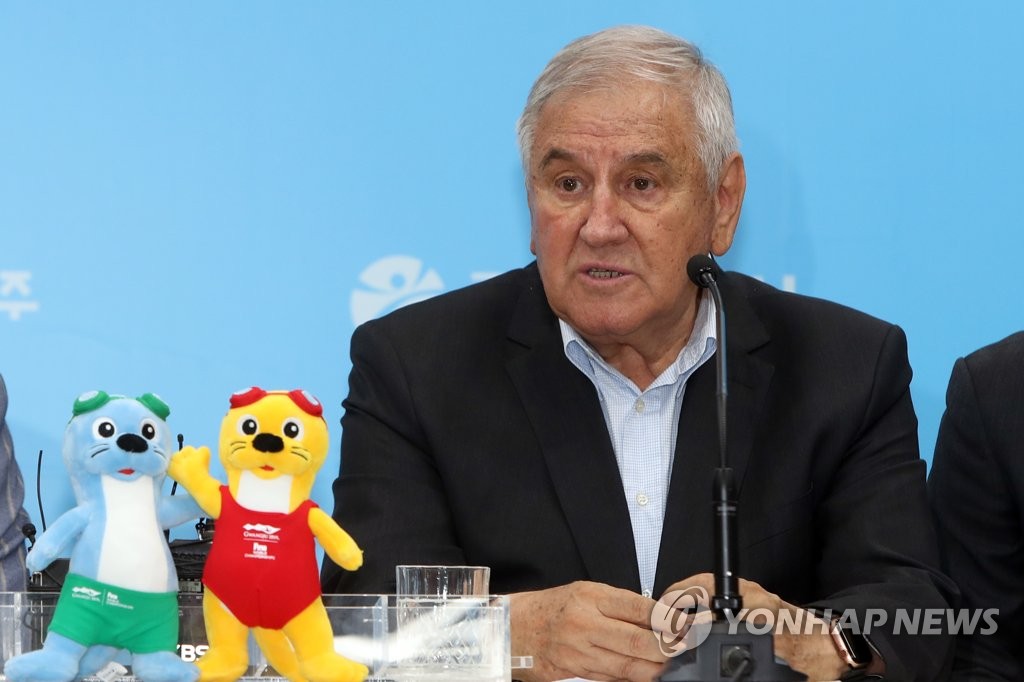 Marculescu said it is possible for countries to confirm their participation past the registration deadline, and it's a responsibility of FINA to encourage countries to take part in its world championships.

Following the press conference, Marculescu issued a clarification through Gwangju's public relations office that while the North Korean government hasn't officially pulled out of the world championships, an official with the country's swimming federation told FINA that it would be extremely difficult to participate in the event.

South Korea has previously asked North Korea to make the cross-border trip and has also said it wanted to assemble a joint Korean team in women's water polo.

But amid tensions on the peninsula following North Korea's recent missile launches, talks on inter-Korean sports exchanges have been put on hold.

Should North Korea decide to skip the worlds, it will deal Gwangju another blow. The host city is already struggling to generate buzz for the competition with only 50 days remaining.

Last month, Park Tae-hwan, South Korea's only Olympic gold medalist and world champion, announced he would sit out the worlds, robbing the local fans of the most recognizable star they could root for.