The terms of trade index for products stood at 91.96, down 6.4 percent from a year earlier, according to the preliminary data from the Bank of Korea (BOK). 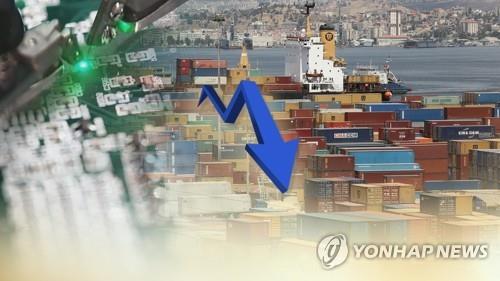 The figure has been on a constant decline since December 2017, when the index lost 3.5 percent on-year.

Moreover, the index has remained below the benchmark 100 line for the 17-month period. A reading below 100 means import prices are higher than those of exports, resulting in unfavorable terms of trade.

South Korea's exports fell 2 percent in April from a year earlier, extending their on-year fall to the fifth consecutive month, according to government data.

S. Korea's terms of trade falls for 17th month in row in April

S. Korea's terms of trade falls for 17th month in row in April