But this time, she chose to perform from a small, humble podium set up in a garden in Berlin. Only a piano was next to her, instead of a full-scale orchestra, while some 600 spectators casually watched.

It was a gala performance for the opening of an exhibition of two South Korean artists, Han Seok-hyun and Kim Seung-hwoe, in front of St. Matthew's Church, in the German capital Thursday night. 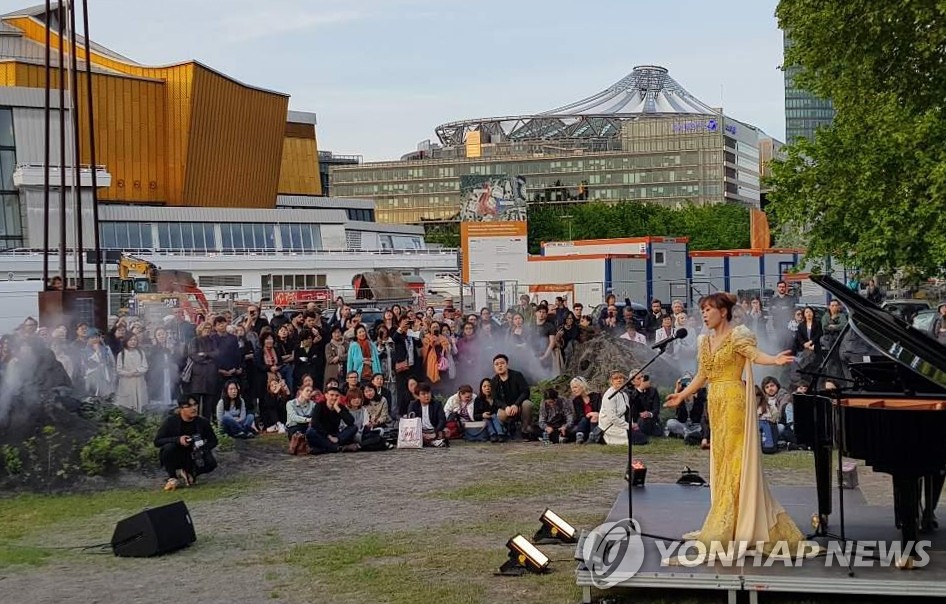 "I've rarely performed on a stage like this," said Jo, who received an order of merit and knighthood from the Italian government earlier this month.

"But not all musicians play at an opera house or a stadium," she said. "Despite a tiny stage and a small audience, it is important to perform in front of people who share the same feeling."

The 56-year old has experienced a variety of operas, concerts and recitals since her European operatic debut in 1986.

The Grammy-winning singer, who is busy due to the release of her latest album, "Mother," said the peaceful message of the exhibition moved her.

Titled "The Third Country," the artists' garden of flowers and plants from both South and North Korea represents a flora that transcends the heavily fortified border on the Korean Peninsula.

"The geopolitical situation on the Korean Peninsula isn't positive these days," Jo said. "I think it is necessary for artists to play a small role in solving problems that politics have failed to work out."

This is not her first time performing in Berlin. Four years ago, she performed at a concert that took place in front of Brandenburg Gate, the city's landmark that stands on the line that had divided West and East Berlin during the Cold War.

At that time, Jo sang "Our Beloved Mount Kumgang," a Korean folk song about the precious mountain, located in the North, that has been mostly inaccessible to South Koreans for decades.

"I felt overwhelmed during the performance at Brandenburg Gate," she said. "I wished for the day that Mount Kumgang is no longer elusive, so I don't need to sing this song anymore."

She is now dreaming of a charity concert for North Korean children some day in the future.

"A long time ago, I received an offer from North Korea to teach their children," said Jo. "But, as a cultural envoy, myself, I should be cautious and prudent. I know now is not the right time, but if I have a chance, I want to go for it." 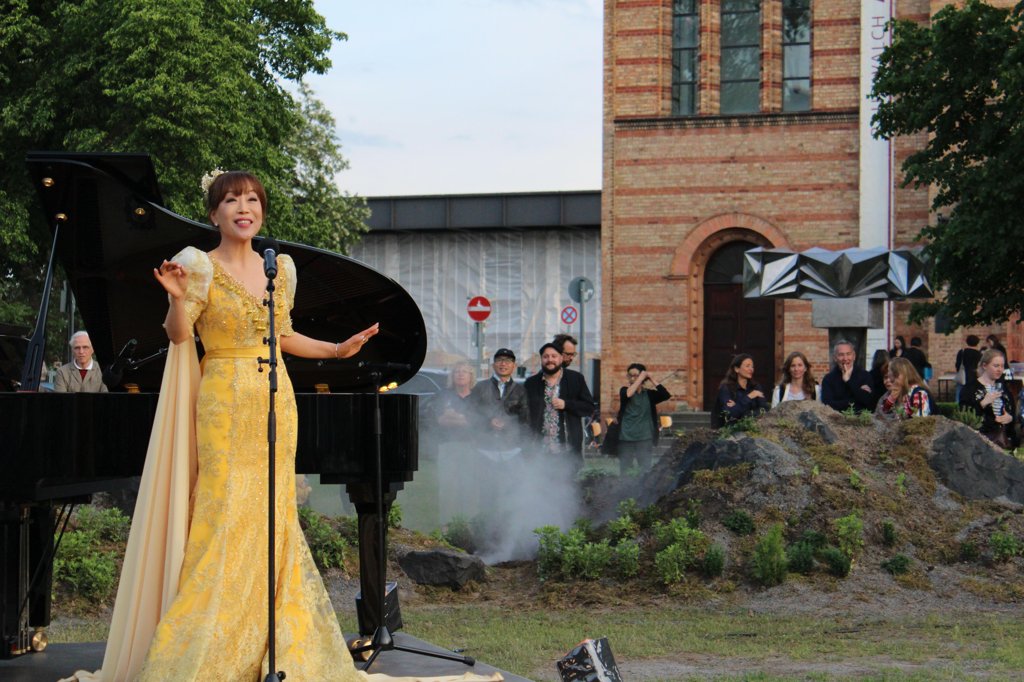