SEOUL, May 24 (Yonhap) -- U.S. Forces Korea Commander Gen. Robert Abrams has said that the recent weapons tests by North Korea involving short-range missiles have not affected the "palpable reduction in tensions" on the Korean Peninsula, implying they are part of Pyongyang's "routine" military activities.

On May 4, North Korea test-fired a new type of tactical guided weapon, along with a barrage of projectiles from multiple rocket launcher systems, and launched two short-range missiles five days later. These marked the first such launches since the peace process with the North began last year.

The allies have said that analysis is under way to figure out exactly what type of weapons were launched, while experts say Pyongyang appeared to test-fire its version of Russia's ground-to-ground short-range ballistic Iskander missile during the tests.

"Recent activities on the peninsula by the DPRK have not changed the palpable reduction in tension on the peninsula, and the door for diplomacy remains open," the general said Wednesday in Hawaii during the Land Forces of the Pacific Symposium and Exposition (LANPAC 2019) that opened Tuesday for a three-day run.

"Characterizing the recent events, it all depends on where you sit. OK? My own perspective is that militaries around the world conduct routine military activities that include training of their specific capabilities," he added, according to a video of his address available on the Defense Visual Information Distribution Service website.

Stressing that the United States and South Korea have a very powerful combined intelligence community, the commander said, "We have our own assessment ... We choose not to characterize capabilities," as it would compromise intelligence-gathering sources. 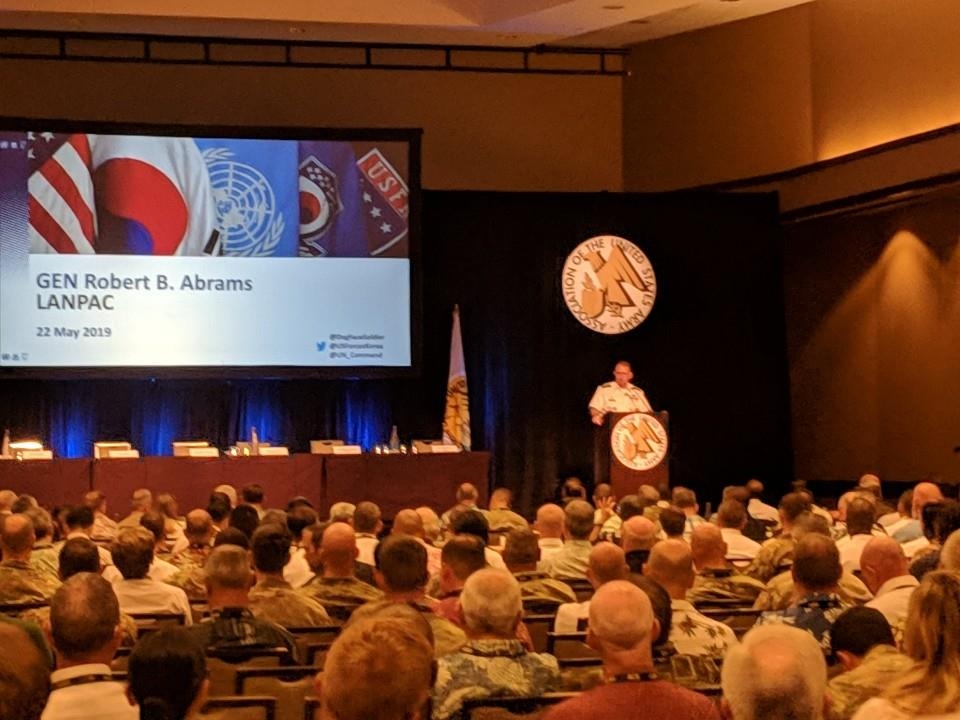 Dismissing concerns by some critics over the suspension of major combined exercises between South Korea and the U.S., he said the allies have worked to evolve their exercises by adjusting size, scope, volume and timing to be "better suited for current operational environments" and "in harmony with ongoing diplomatic efforts."

They also decided to abolish their summertime Ulchi Freedom Guardian (UFG) exercise and discussions are under way on a new type of combined exercise to be staged in the second half of the year, according to officials.

Stressing his deep personal investment in the stability on the Korean Peninsula, the commander vowed continued efforts for "the unique and enduring alliance" between the U.S. and South Korea, which he described as "stronger and more ready than ever."

Under the theme of "A Free and Open Indo-Pacific: Innovative and Agile Land Forces," the event served as a venue for major military officers from 26 countries to discuss the roles of land forces in the Indo-Asia-Pacific theater and their future commitments.