SEOUL, May 24 (Yonhap) -- Hyundai Engineering and Construction Co. has been selected to clean up pollution at a U.S. military base in Incheon, west of Seoul, the defense ministry said Friday.

The environment ministry found last year that soil and groundwater inside the Camp Market in Bupyeong, Incheon, were contaminated with chemicals like dioxins, oil and other potentially harmful substances.

The defense ministry plans to complete the decontamination of the 479,622-square-meter military premises by 2022 and selected Hyundai to carry out the project.

The environmental inspection was conducted as part of the envisioned return of the base to Seoul in line with the Status of Forces Agreement governing the status of 28,500 U.S. military personnel stationed in Korea. Seoul and Washington have been in talks over details, including the exact time frame for the return, according to officials. 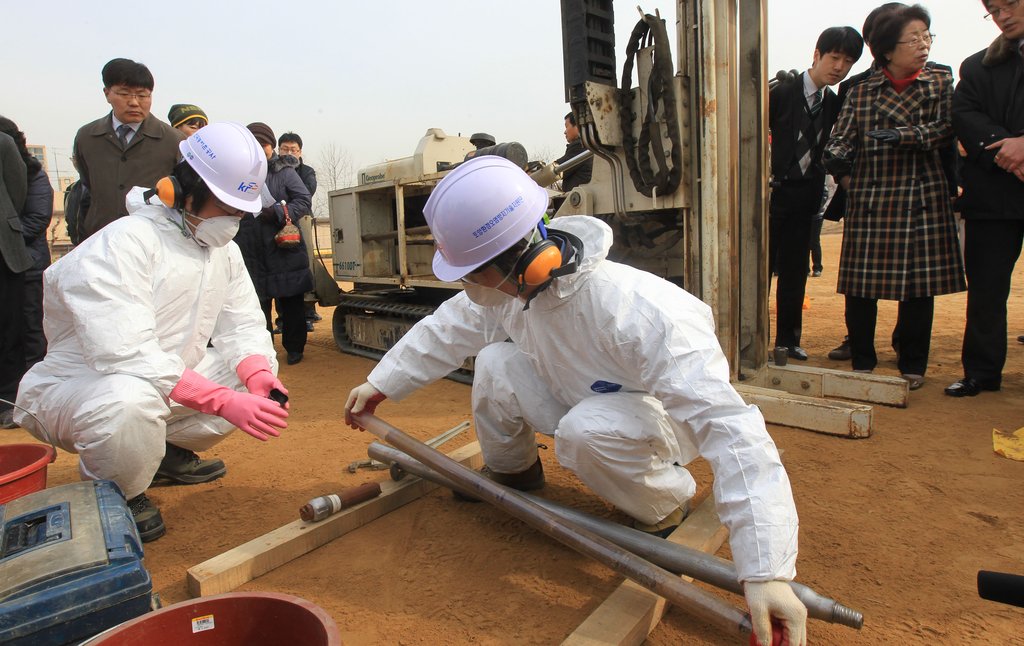 Decontamination process starts at U.S. base in Incheon

Decontamination process starts at U.S. base in Incheon