"I would like to convey my high regard for the Indian people who made the choice," Moon tweeted in English. "He will be a true neighbor to not only those who voted for him, but also to all the Indian people."

On his Facebook account, Moon said, "They elected a leader who will help India truly flourish through his warm and harmonious leadership."

He added, "Prime Minister Modi is like a brother to me. He was by my side throughout my state visit to India last year, and we met the people of New Delhi together while riding on the metro." 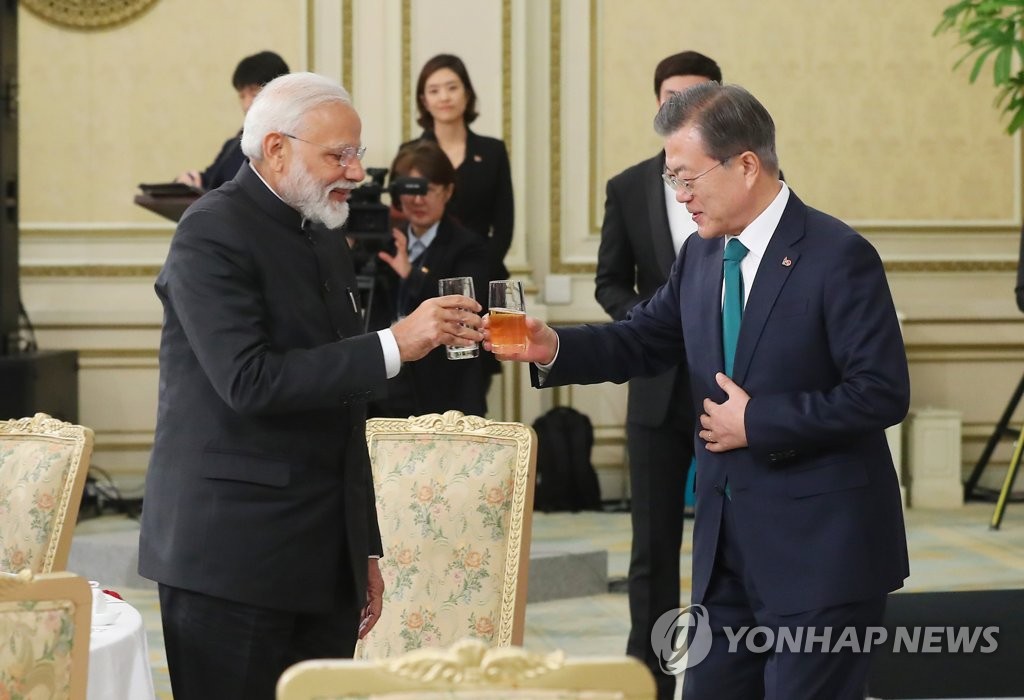 On his trip here in February amid the chilly weather, Modi reaffirmed the friendship between the two nations, according to the president.

"With Prime Minister Modi, India will grow into a prosperous country that ranks among the strongest powers in Asia," Moon said. "Prime Minister Modi is a peace-loving leader who possesses a clear vision for the future of India."

Moon's office, Cheong Wa Dae, later said the government sent a message to India from the president via a diplomatic channel as well.