INCHEON, May 25 (Yonhap) -- Foreign Minister Kang Kyung-wha on Saturday refuted a lawmaker's claim that the alleged leaking of a phone conversation between President Moon Jae-in and U.S. President Donald Trump was done in the public's interest.

"No, I don't think it's a matter of that kind," she told reporters at Incheon International Airport.

Kang returned from Paris after attending a ministerial meeting of the Organization for Economic Cooperation and Development (OECD).

The ministry came under fire this week with a fresh allegation that a diplomat working at the South Korean Embassy in the U.S. divulged the recorded phone conversation between Moon and Trump to Rep. Khang Hyo-shang of the main opposition Liberty Korea Party (LKP).

Kang said it's "difficult to deny" that it was a deliberate act, given that the classified information was leaked to the public and what the initial audit has found.

Kang added that Korea and the United States have never discussed this issue.

She vowed the sternest disciplinary action against the person responsible for the misconduct.

"(The ministry) will strictly reprimand (the person) once we see the result of the investigation," she said.

In the phone talks, Moon asked Trump to visit Seoul immediately after his May 25-28 trip to Japan and Trump proposed a short stop at Seoul on his way back home from Tokyo.

Khang disclosed the conversation early this month, claiming that it demonstrates Moon is "begging" for Trump to visit.

Kang said she feels deeply responsible as head of the ministry and the incident has made her reflect on her leadership. The foreign ministry has said the audit is investigating all embassy officials.

Former U.N. Secretary-General Ban Ki-moon, who also served as South Korea's foreign minister, said Friday in a radio interview that the alleged leak of the phone conversation is something that should not have happened. 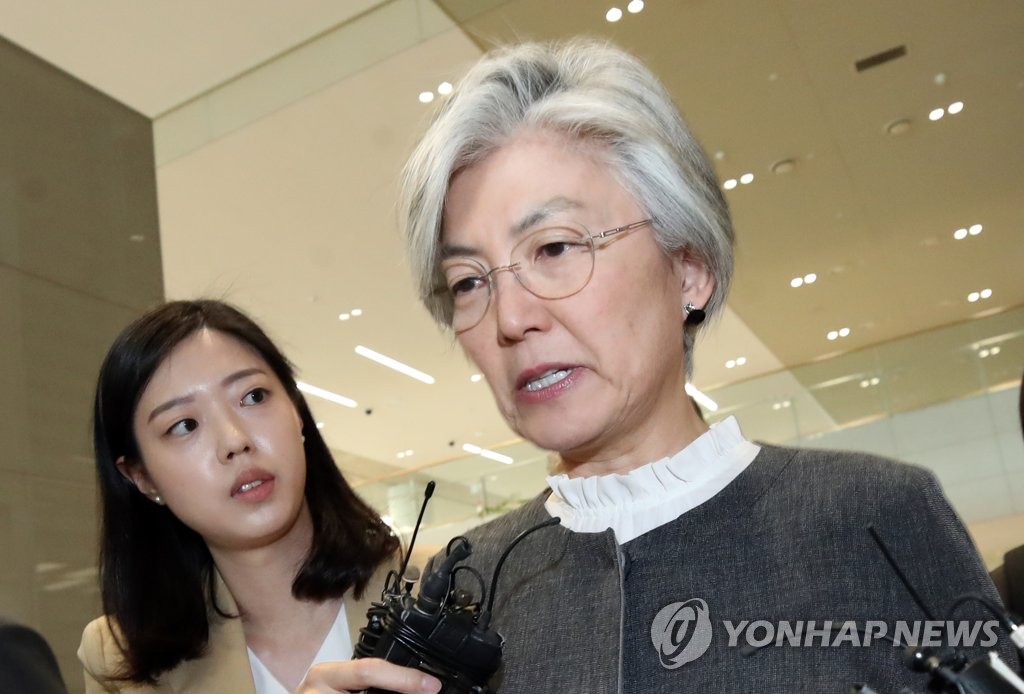