SEOUL, May 25 (Yonhap) -- Thousands of South Korean teachers held a rally in central Seoul on Saturday to press the government to cancel its 2013 decision to strip their union of its legal status.

The crowd, which police estimated to number 3,000, also demanded that fired teachers be allowed to return to their jobs.

The union members later marched near the presidential office. No clash with police was reported.

The rally came three days before the 30th anniversary of the establishment of the Korean Teachers and Education Workers Union (KTU).

In 2013, the South Korean government outlawed the KTU, as it did not accept the government's prohibition on fired teachers becoming members. 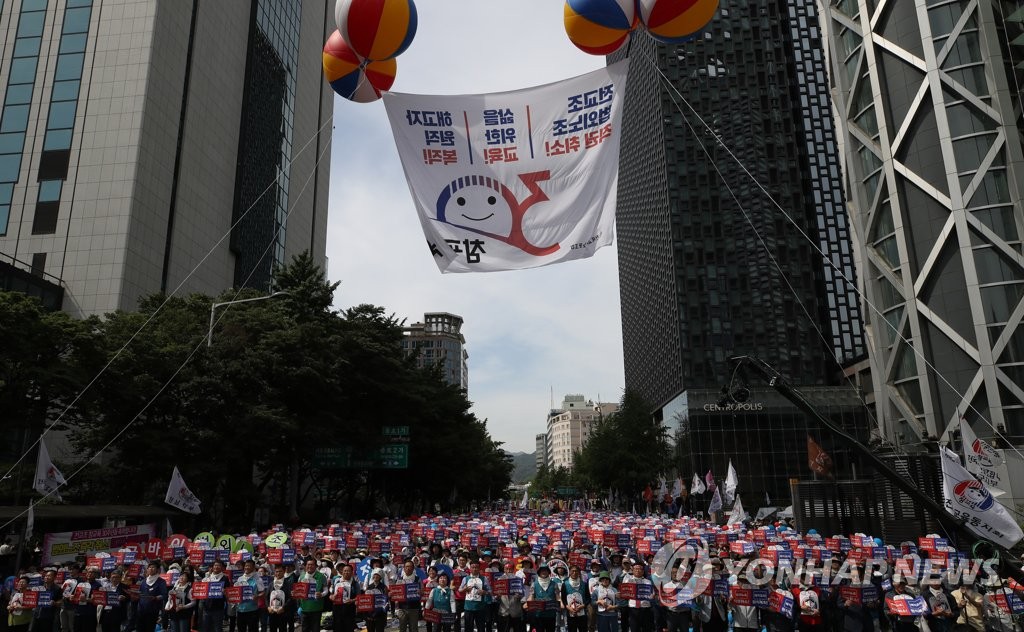