SEOUL, May 27 (Yonhap) -- South Korea's listed firms saw their financial health worsen in the first quarter of the year, data showed Monday, amid an economic slowdown.

The average debt-to-equity ratio of 640 companies listed on the main KOSPI bourse, came to 110.7 percent as of end-March, sharply up 6.37 percentage points from the end of last year, according to the data by the Korea Exchange.

The bourse operator didn't provide the reason for the worsened debt-equity ratio of the companies that close their books in December.

A key barometer of financial soundness, the ratio is calculated by dividing a company's total liabilities by its stockholders' equity.

Approximately 54 percent of the total, or 346 firms, had a debt ratio of 100 percent or lower, while the ratio for 16.3 percent, or 104 companies, exceeded 200 percent. The remainder had an in-between ratio. 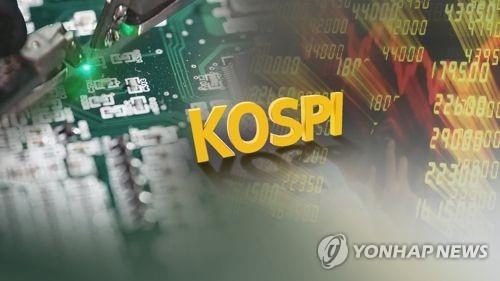