SEOUL, May 27 (Yonhap) -- The unification ministry strongly denied a media report on Monday that North Korea has rejected Seoul's offer to make in-kind payment with rice for the operation of a now-shuttered industrial complex and a suspended tour program to a mountain in North Korea.

The daily Donga Ilbo, citing multiple sources, reported that the government made the proposal to cover workers' salaries at the industrial park in the North's border town of Kaesong and fees for tourists to Mount Kumgang on the North's east coast.

The newspaper said that the proposal was intended to circumvent multiple global sanctions on North Korea, but the North rejected it, asking for payment in cash.

"The media report is not true at all," unification ministry spokesperson Lee Sang-min told reporters during a regular press briefing.

"The unification ministry also expressed regret that such a report that could impact inter-Korean relations was published without any grounds or an official confirmation process," he added.

The operation of the Kaesong industrial park came to an abrupt halt in 2016 when the conservative Park Geun-hye government announced that it would shut it down to punish the North for its nuclear and missile provocations.

The tour program to Mount Kumgang was also shut down in 2008 after a South Korean tourist was killed by a North Korean guard.

South Korean President Moon Jae-in and North Korean leader Kim Jong-un promised during their September summit to resume the operation of the two major cross-border businesses as soon as relevant conditions are met.

In his New Year's speech, Kim said that he is willing to restart them without any preconditions.

North Korea is under multiple global sanctions that ban the transfer of bulk cash to the communist state for fear that it could be used for its weapons development programs.

Washington has been opposed to full-blown cross-border economic cooperation between the two Koreas on worries that it could undermine the global sanctions regime necessary to keep pressure on Pyongyang until its complete denuclearization. 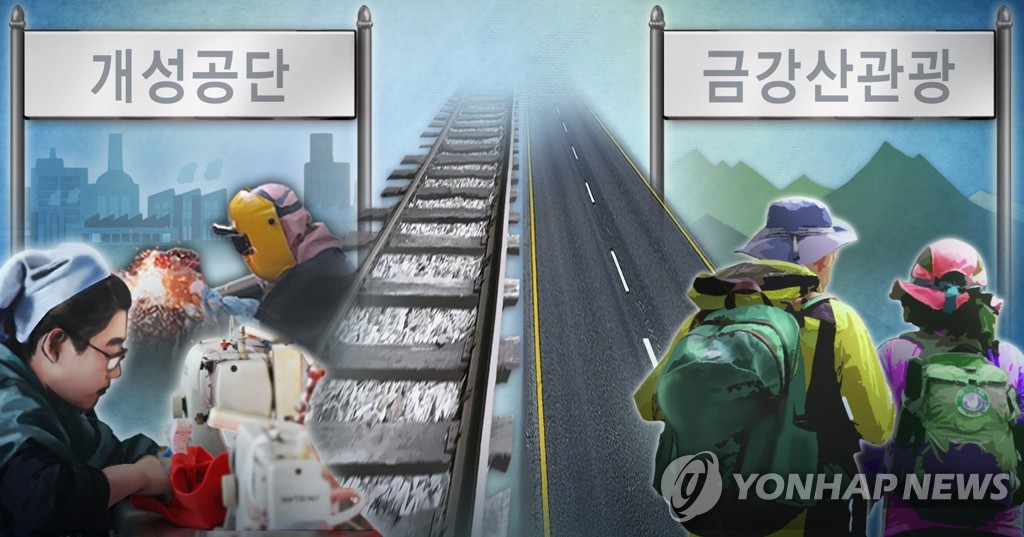