SK Innovation CEO Kim Jun said the company aims to increase its production capacity from the current 5 gigawatt hours (GWh) to 100 Gwh by 2025, as well as jack up its order book from 430 Gwh to 700 Gwh in the cited period.

SK Innovation joined the ranks of the world's top 10 players in terms of sales during the first quarter of the year. During the January-March period, SK Innovation reported 447 megawatt hours of capacity sold, which put it in ninth place among battery suppliers.

"Global competitiveness of our new businesses got stronger, but we still have a long way to go," Kim said to reporters in Seoul.

In addition to the EV battery production, SK Innovation, considered a latecomer in the battery industry, said it will try to provide a battery business solutions platform, which includes the renting, recharging and recycling of batteries, in the market by partnering with other companies.

It will also try to expand its presence in business areas like energy storage systems (ESS) and virtual power plants (VPP). 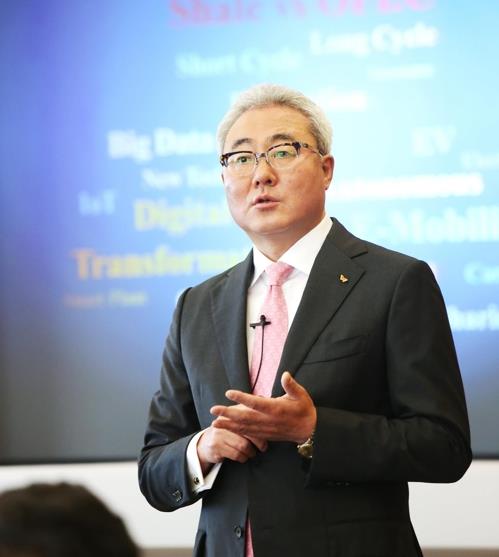