Bento has faith in his own assessments to the point that he is willing to throw goals and assists totals out the window. Instead, his priority is whether players can fit into his system -- even if a player competes in the second-tier league in South Korea. 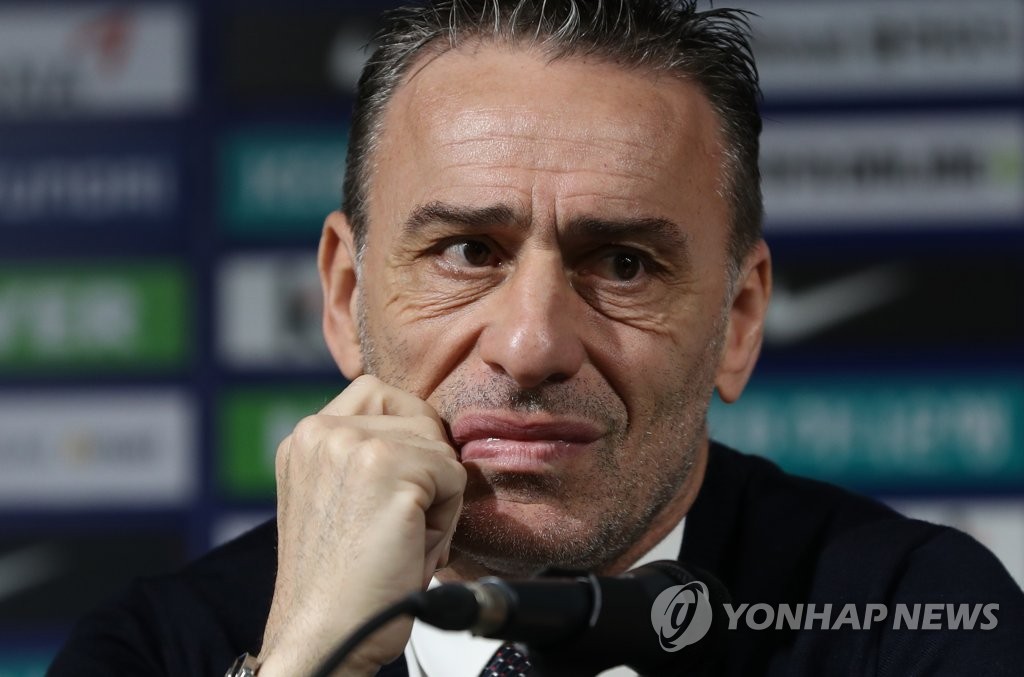 On Monday, Bento announced his 25-man roster for June friendly matches against Australia and Iran. And no player illustrates Bento's philosophy quite like forward Lee Jeong-hyeop, who plies his trade for Busan IPark in the K League 2.

Lee is having a strong year for Busan, with seven goals in nine matches, putting him in a tie for second place in the K League 2. But most coaches would have been tempted to look only at K League 1 players, who go up against stronger competition week in and week out. The leading scorer in the K League 1, Kim Shin-wook of Jeonbuk Hyundai Motors, also happens to have decent international credentials, with 10 goals in 51 caps.

In 2015, Lee came out of nowhere to snatch the starting forward job under former coach Uli Stielike during the Asian Football Confederation (AFC) Asian Cup. He scored three goals in his first six international matches, including two at the Asian Cup. Though he isn't a flashy player, Lee is difficult to knock off the ball and is a strong finisher around the net. And Bento is far from the first South Korea coach who's wrestled with players' inability to convert scoring chances.

Kim, listed at 196 centimeters tall, is an easy target for crosses from fullbacks or wing forwards. But when he is in action, the national team's offensive strategy tends to become one dimensional, with his teammates only attempting to set him up with long crosses over smaller defenders. Kim does have an underrated, improving ground game, but the temptation to look for his header can be difficult to resist.

Either way, where a player competes isn't as important as how well he can play within the national team system, Bento said.

"When picking players, it doesn't matter which league he plays in, whether it's the K League, Japan's J. League or the Premier League," the coach said. "I think the players' skills and their ability to play well within the framework of our team are far more important." 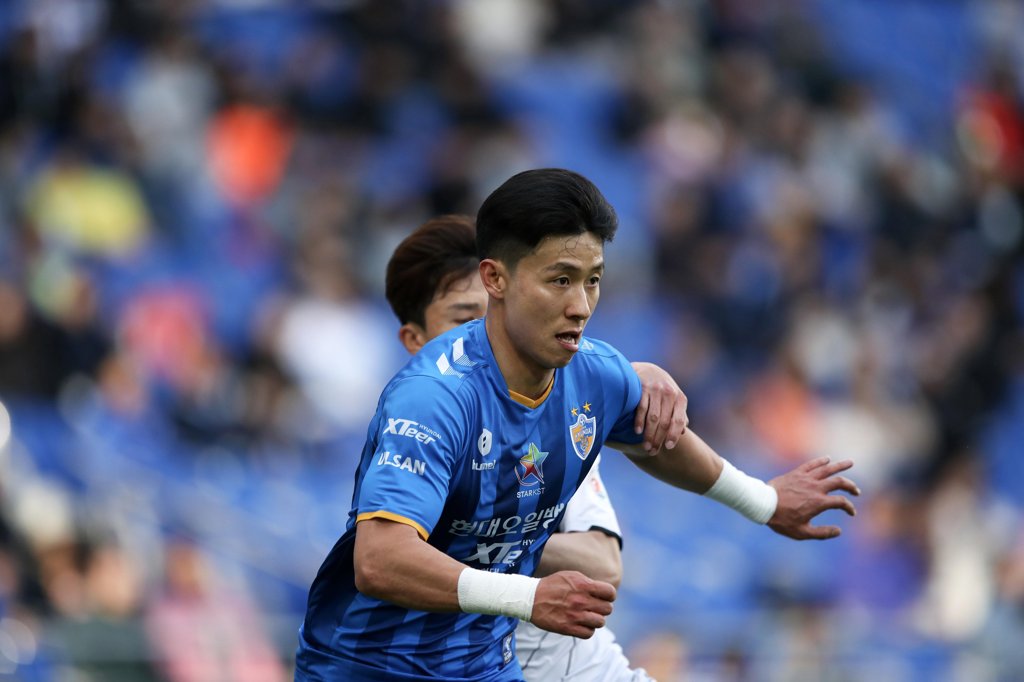 He offered a similar explanation for why he called up Lee, who last played for South Korea in November 2017.

"We've kept close tabs on him and analyzed his previous games with the national team," Bento said of the 27-year-old forward. "We also considered his current form for his club, and we decided he had the ability to fit into our style of play."

Of the 25 players, there are 10 home-based players, three of them in the K League 2. Among seven K League 1 players, Ulsan Hyundai FC defender Kim Tae-hwan is the only one to rank inside the top 10 in goals or assists. He has four helpers in 12 matches to rank fourth in that category.

When asked why players with gaudy offensive numbers were left out, Bento was practically defiant.

"Simple numbers like goals and assists aren't that important to me," he said. "You're not going to sell me on players based on their stats."

An official with the Korea Football Association (KFA) explained that Bento does look into advanced data, though eye test tends to take precedence.

"Coach Bento takes a comprehensive analysis, and he also has a fitness coach (Pedro Pereira) who looks at numbers related to players' conditioning," the official said. "But some things aren't quantifiable. He tries to watch as many players in person as he can, and he also goes over a lot of videos."

The bottom line, Bento stressed, is that all coaches want to select the best players possible. And even when some of those players can't make it to the start of Bento's training camp on time because of club obligations, the coach can live with it. 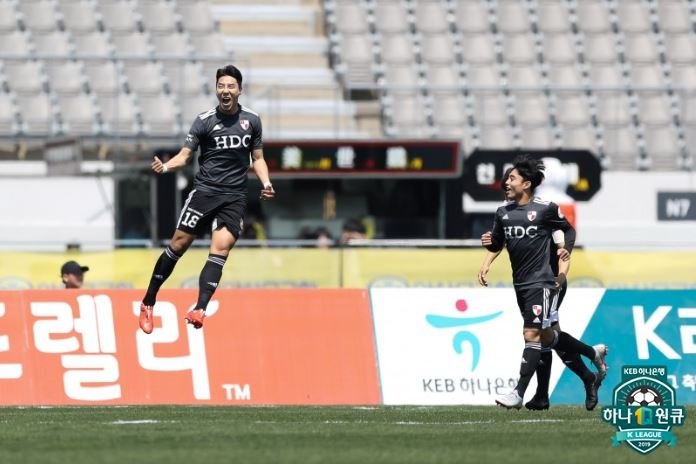 European seasons are winding down, but some South Korean players still have some important matches remaining. Tottenham Hotspur star Son Heung-min will play in the UEFA Champions League final against Liverpool on Saturday. On Thursday and Sunday, Lee Seung-woo's Hellas Verona will be in the Serie B promotion playoff finals against Cittadella, with a spot in the top-flight Serie A at stake.

It's unlikely either player will be able to report to Bento's camp, scheduled to open at 3 p.m. on Monday, or will be fit enough to take part in practices right away.

But it's still better to have these players late than never, Bento said.

"Given the makeup of our national team, the players don't always have a lot of time to train together," he said. "So we have to make the most of these opportunities before friendly matches, so that the guys can build some chemistry before more important matches (such as World Cup qualifiers later in 2019). With Son, I felt it was important for him to be here and work out with the rest of the team."

After these friendlies, the next international matches for South Korea will be qualifiers for the 2022 FIFA World Cup starting in September.

Bento said he won't make drastic changes to the roster between now and September, though that doesn't mean new faces won't have a chance to play their way onto the team.

"The door to the national team is always open," he said. "We'll maintain our basic framework and tweak things as necessary." 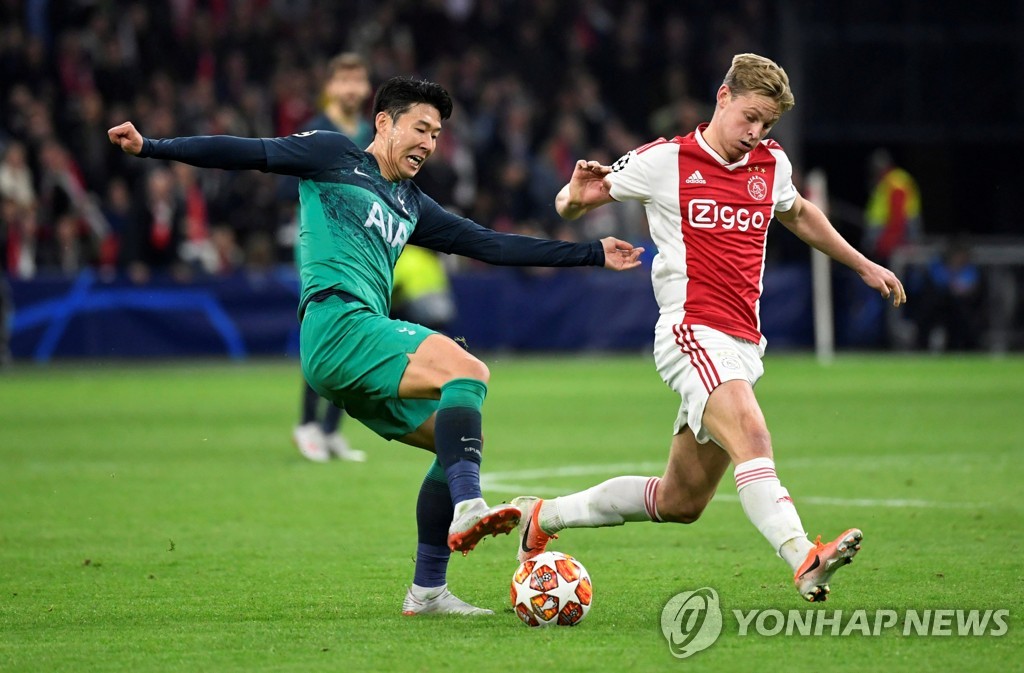