SEOUL, May 28 (Yonhap) -- Winning at globally renowned film festivals may be honorable and helpful in promoting movies, but it does not always guarantee box-office dollars. And South Korea is no exception to this.

Fourteen feature films have received major prizes at the world's three largest film festivals -- Cannes, Venice and Berlin -- but their trophies did little to provide any boost to ticket sales.

That's probably because many people think movies that win prestigious prizes and critical acclaim are boring and unsavory, and even difficult.

Veteran director Im Kwon-taek's "Chihwaseon," which features a 19th-century Korean painter who changed the direction of Korean art, was hailed by critics and media after earning the best director award at Cannes in 2002. But only an estimated 400,000 watched the movie in local theaters.

Lee Chang-dong's "Oasis," a story of romance between a mentally disabled man and a woman with cerebral palsy, was awarded two prizes at the 2002 Venice International Film Festival, but it fell flat at the box office.

His 2007 "Secret Sunshine," which won the best actress award at Cannes, gained more popularity than the previous one but only attracted 1.7 million. 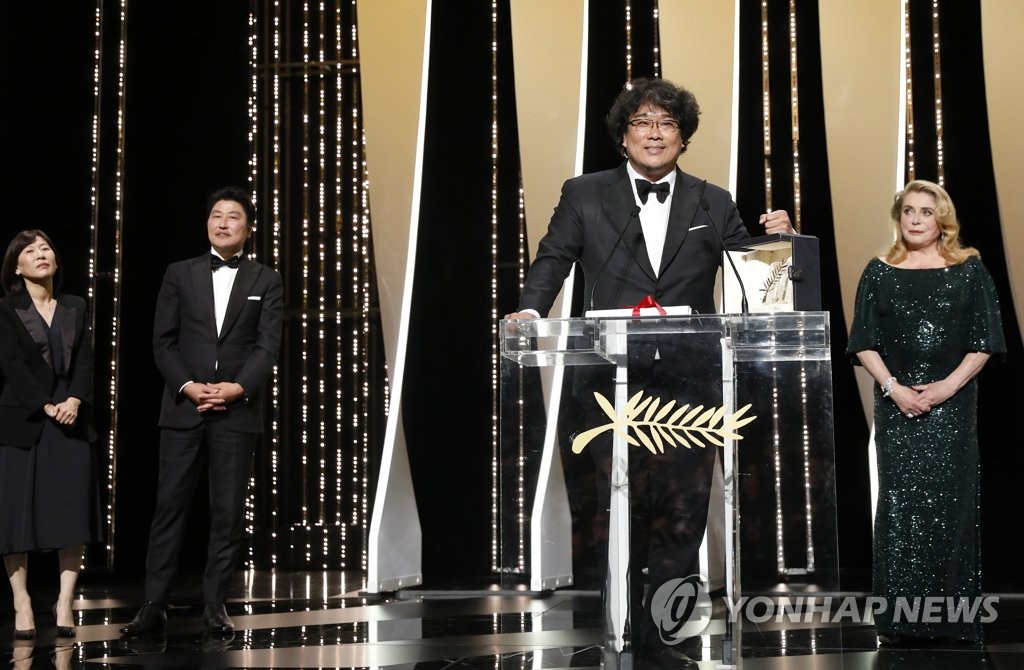 But the films were not box-office successes in their home country, although Park's "Old Boy" lured as many as 3.2 million people. In the same year, on the other hand, action blockbusters "Silmido" and "Taegukgi: Brotherhood of War" each sold some 11 million tickets.

Another of Park's Cannes-awarded films, "Thirst," released in 2009, logged a mere 2.2 million.

In 2012, Kim Ki-duk became the first South Korea director to receive the top honor at Venice for his drama "Pieta," known for mixing Christian symbolism and highly sexual content. But it sold just 630,000 tickets in South Korea.

But many people expect Bong Joon-ho's black comedy film "Parasite," the first Korean movie ever to win the top honor at Cannes, will be different from the previous award-winning films.

Local film critics noted that Bong has kept his ear to the ground and measured up to people's expectations. His films are not too difficult -- not only for film critics but also for audiences -- to understand his messages and metaphors.

Throughout his filmography, he sheds light on chronic social issues like materialism and class division through analogies, and he never fails to provide a warm, good-humored view of the weak.

His well-rounded, well-balanced films have appealed to Korean audiences, while he became one of the most sought-after directors from international movie festivals.

His 2003 crime-drama "Memories of Murder," Bong's second feature film, sold more than 5 million tickets, and "Snowpiercer" attracted over 9 million spectators. His No. 1 hit, "The Host," surpassed the landmark 10 million in 2006.

Moreover, "Parasite" is a genre movie, Bong's forte, starring Song Kang-ho, Bong's regular and one of the most bankable actors in South Korea. The actor also acted in Bong's smash-hit movies of "Memories of Murder," "The Host" and "Snowpiercer."

In "Parasite," Song plays the role of a father of a poor family living in a squalid, grubby basement. They become involved in a string of mishaps after his sly son gets a job as a tutor for a rich family residing in an opulent, gaudy mansion.

The family satire had already recorded 210,000 presold tickets as of Tuesday afternoon, two days before its release.

The number accounted for 50 percent of all tickets reserved as of 12:00 p.m., while Walt Disney's live-action film "Aladdin" posted 21.8 percent.

"Parasite" is expected to be shown on more than 1,000 screens nationwide on the opening day, and the number could rise depending on ticket presales.

It has been sold to a record 192 countries, breaking the previous record of 176 set by Park Chan-wook's "The Handmaiden."

"'Parasite' is a movie that well strikes a balance between commercial and artistic values," Yoon Sung-eun, a film critic, said. "This will provide audiences a fascinating cinematic experience that crosses various genres and a message of social issues like the rich and poor." 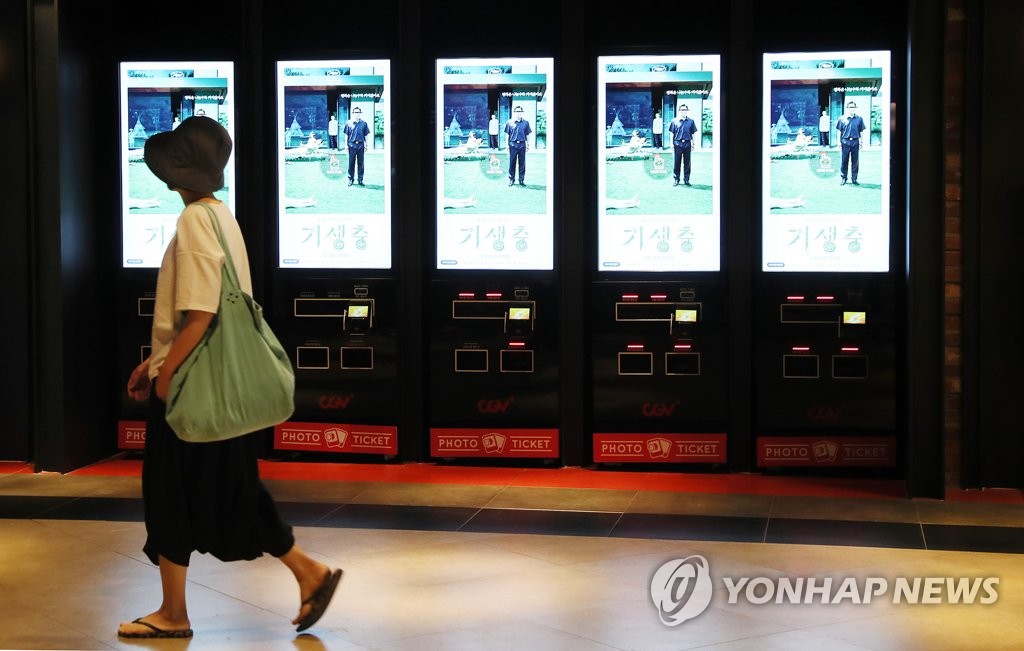