SEOUL, June 5 (Yonhap) -- Not only are diamonds loved by many women because of a famous marketing slogan that says "a diamond is forever," they are also favored by skilled workers for their exceptional wear resistance in cutting, grinding and drilling.

While natural diamonds are dug deep out the ground before being transformed into sparkling jewelry, synthetic diamonds are made in a lab -- although they have almost the same physical and chemical make-up as ones mined from the earth -- and used in various industrial applications.

In the global synthetic diamond market, which is dominated by two industrial leaders from South Africa and United States, Iljin Diamond, South Korea's sole lab-grown diamond producer, has managed to find a niche market with its own technologies and has more than 700 customers in 40 nations.

With nearly 80 percent of its revenue coming from overseas, Byeon Jung-chul, Iljin Diamond Co.'s president, said the company is now setting its sights higher, on overseas markets with high growth potential, especially in the United States.

This year, Iljin Diamond plans to step up its sales pitch with its polycrystalline diamond compact (PDC) cutter, which took nearly 10 years to develop, to capitalize on the growing U.S. drill market.

PDC cutters are mainly used for oil and gas drilling due to their durability and impact resistance.

"U.S. companies are leading the oil drilling industry and we expect to double our growth there," Byeon said in a recent interview with Yonhap News Agency. "We are thinking of expanding our production line late this year to meet the growing demand." 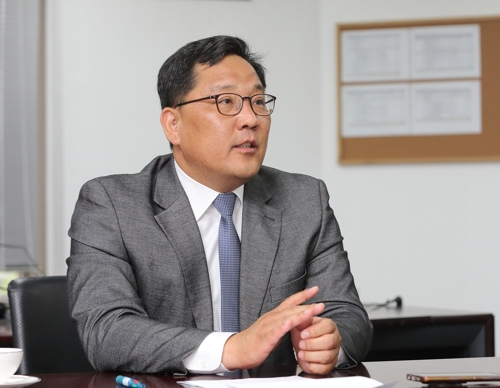 Iljin Diamond racked up 97.3 billion won (US$82 million) in sales and an operating income of 10.8 billion won in 2018, with revenue from the North American region accounting for 16 percent of the total, the company said.

Byeon stressed that there is much potential for growth in the U.S. and the timing is right to up the ante while its oil exploration and production businesses thrive.

According to the U.S. Energy Information Administration, the U.S.' crude oil production is expected to hit a record 12.45 million barrels per day in 2019.

Besides the bright industry outlook, the CEO said the company's bitter memory of its experiences with U.S. industrial giant General Electric (GE) made him gush over this important market.

In the early 1990s, Iljin Diamond was the subject of international headlines when GE filed a lawsuit with a U.S. court claiming that the South Korean firm had stolen its synthetic diamond-producing technology.

In a typical "David versus Goliath" battle, Iljin lost the first round when the U.S. court ordered it to suspend its business for seven years, but eventually claimed victory after an appeal, according to the company.

"Who would have thought a midsize South Korean firm could last in a fight against an industrial giant like GE?" Byeon said. "Some people think we are paying license fees to GE from the settlement, but that's not true. You can say we've won the battle." 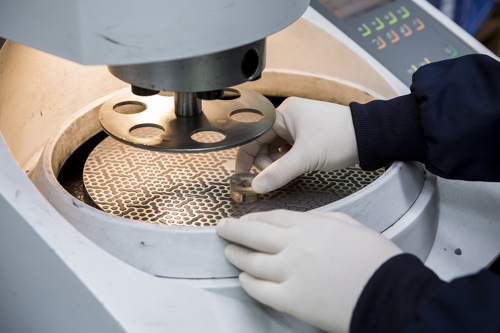 Despite the sour relations with the American industrial titan, Byeon is confident that the company can appeal to U.S. customers with its door-to-door service and just-in-time production.

"Today, there is no animosity toward us like we've experienced in the past," he said. "Quick response is our forte. We fulfill customers' needs faster than our competitors after close consultation."

While the Western companies have loyal customers thanks to their long history of business relations, Byeon said what matters now is the technology and customer service.

"For a business-to-business firm like us, everyone works like a salesman," said the CEO, who stayed abroad more than half of last year. "I know I have to try it first because I have more experience than others. I want to lead them by example."

On top of launching a marketing offensive against the market leaders, Iljin Diamond is also trying hard to widen the gap with rising Chinese diamond makers backed by low costs and their gigantic domestic market.

"We welcome competition because that makes us a better player," he said. "Chinese companies are moving up, but we believe it would take some time for them to enter diamond businesses that require advanced technologies such as automotive and electronics manufacturing."

To fend off rising challenges, Byeon stressed the importance of research and development (R&D) for cutting-edge technologies and efforts to protect the company's intellectual property rights in the global market.

"In the industry where only few have their original technology, we're putting big efforts into managing our R&D workforce and patent issues," he said. "It's our own recipe and formula that keeps us in the industry." 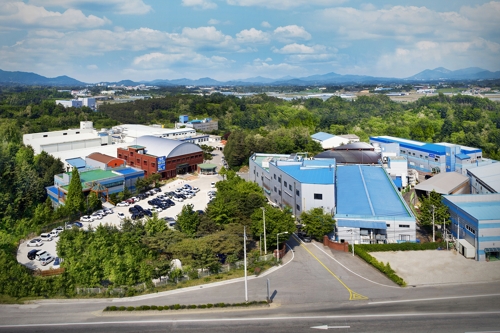