SEOUL, May 29 (Yonhap) -- North Korea remains committed to fielding united teams with South Korea at the 2020 Summer Olympics in Tokyo as agreed between the two sides, Pyongyang's Vice Sports Minister Won Kil-u was quoted as saying.

Won made the remark during a recent interview with a Chinese TV channel as Seoul is seeking to hold subsequent talks with North Korea following their agreement in February to field unified teams in four sports in the upcoming Olympics.

"We have a willingness to do (it), holding hands with South Korea," Won said in response to a question about the issue of forming unified teams between the two Koreas.

Won added that forming unified teams is in line with what the people of the two Koreas want and also conforms to the spirit of the Olympic Games.

In February, the two Koreas and the International Olympic Committee held a tripartite meeting in Lausanne, Switzerland, and agreed to field unified teams for four sports -- basketball, field hockey, rowing and judo -- in the upcoming Tokyo Olympics.

A South Korean government official earlier told reporters that it is necessary to begin subsequent talks with North Korea, saying it is trying various channels for the discussion. Pyongyang has yet to respond to Seoul's offer for talks. 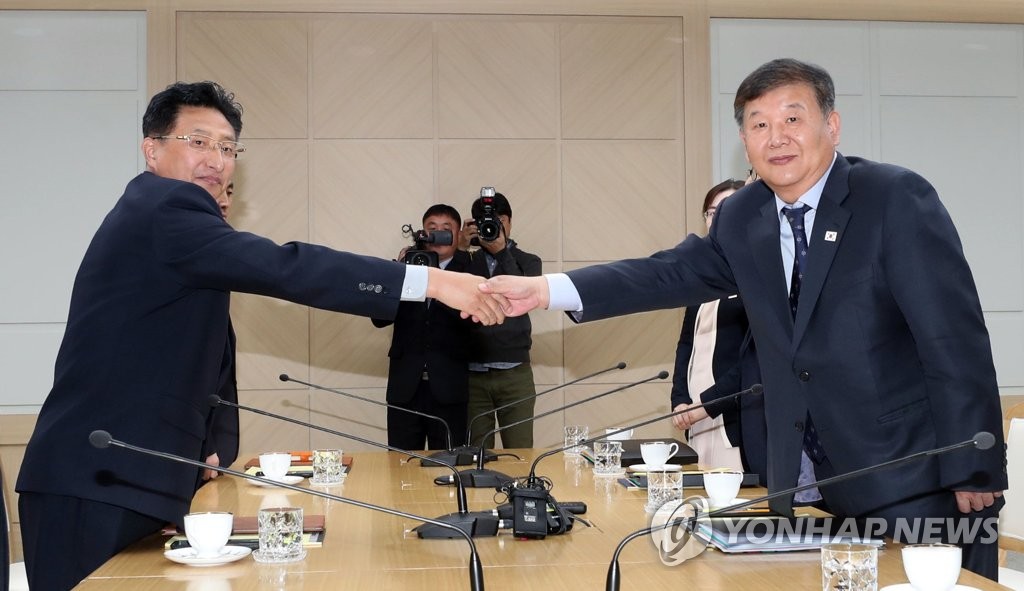