SEOUL, May 29 (Yonhap) -- The Bank of Korea (BOK) is widely expected to keep its policy rate intact this week given the Korean won's sharp decline and its own optimistic view over an improvement in the economy, but it may face growing calls to reduce the rate down the road in the face of an economic outlook weighed on by the escalating trade dispute between the United States and China, analysts here said Wednesday.

The central bank's rate-setting board has kept the policy rate at 1.75 percent since November, when it was raised by 25 basis points after a 12-month rate freeze.

The latest rate increase was largely aimed at countering four U.S. rate hikes in 2018 alone that placed the U.S. rate significantly higher, often a source of capital outflow from open economies such as South Korea. The U.S. target rate currently remains in a range of 2.25 percent to 2.5 percent.

Even after the BOK slashed its economic outlook for the year to 2.5 percent from 2.6 percent last month and Asia's fourth-largest economy unexpectedly contracted in the first quarter, however, the central bank left the rate at the current level last month.

Such a gap with the key rates in the U.S. would normally warrant or even require efforts on Seoul's part to narrow it by raising its own, but the BOK has not been nimble in doing so largely because of a more serious effect such a move may have on the already stagnant local economy.

In what could be a source of comfort, BOK Gov. Lee Ju-yeol has also been reiterating that the country's economic conditions will get better during the second half of the year, snubbing market speculation about a potential rate reduction.

More recently, the local currency's sharp decline may throw weight behind such a view as a rate cut usually leads to further depreciation of a currency, which could spark a vicious cycle of capital flight, although it could in part help boost exports. The Korean won has declined some 6 percent against the U.S. dollar so far this year.

But many believe the BOK board will face growing calls in the future to cut the rate as the economic outlook is going from bad to worse.

"A rate freeze is expected at the monetary policy board meeting in May, but the possibility of a minority opinion for a rate cut seems highly likely," Kang Seung-won, an analyst from NH Investment and Securities, said. 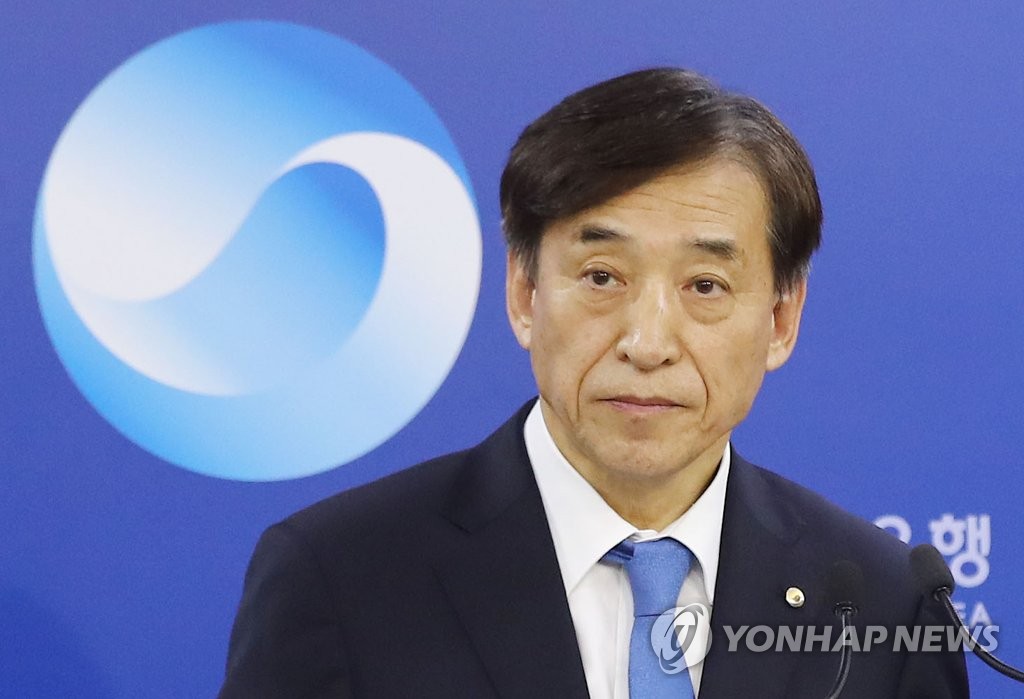 The South Korean economy backtracked 0.3 percent from three months earlier in the first quarter, marking the slowest growth in over a decade.

Also from the same period last year, the local economy expanded 1.8 percent, falling far short of the annual growth outlook of 2.5 percent and marking the slowest on-year growth since the third quarter of 2009.

Its exports have also been on a steady decline since December, with shipments to China, the world's single largest importer of South Korean products, dipping for six consecutive months as of April, according to earlier data.

External conditions may further worsen for South Korea's export-dependent economy amid the flaring trade tensions between the United States and China, prompting additional efforts to revitalize the local economy.

"The South Korean economy is expected to grow only 2.0 percent this year should the trade dispute intensify, and by 2.3 percent if the sides strike a deal before the year's end," Kang Hyun-joo, a researcher from the Korea Capital Market Institute, said at a recent meeting.

Some say a recent change in mood in the global financial sector may have enabled additional policy options for emerging economies such as South Korea down the road.

"We think the (U.S.) Fed will likely be on a pause (in rate hikes). The European Central Bank's monetary normalization will be delayed because of weaker growth," said Christian de Guzman, vice president and senior credit officer from the sovereign risk group at Moody's Investors Service.

"The global liquidity conditions will perhaps give the Bank of Korea some space to also similarly back away from normalization trends we saw earlier," he said while meeting with reporters in Seoul earlier this month. 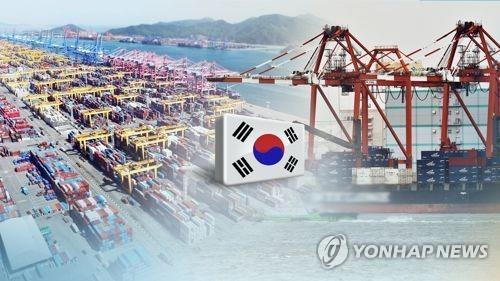 Low inflation is also among the data backing a rate cut in the future.

The country's consumer prices have remained far below the target inflation of 2 percent set by BOK for years, only gaining 0.6 percent on-year in April, the lowest for any April since 2015.

"The prices are expected to increase 0.8 percent this year, and such a low increase may already be leading to various signs of a slowdown, such as a cut in facility investment, poor business performances and slowing consumption," Kang from NH Investment said.

Also, the country's outstanding household credit gained only 3.3 trillion won from three months earlier in the first quarter, marking the lowest on-quarter growth since the start of 2013 and apparently giving BOK more room to maneuver.

Others still see no possibility of any sudden developments in the near future, given the already wide gap between the interest rates of South Korea and other major economies, including the United States.

"I may anticipate a rate cut around the fourth quarter, but this week's meeting will likely reach a unanimous decision to freeze," Gong Dong-rak, an analyst from Daishin Securities, said.