SEOUL, June 13 (Yonhap) -- He is not an alchemist, but when it comes to handling metals, Kim Yong-tae, an engineer at South Korea's top steelmaker POSCO, is a top-notch artisan, although he does not use a forge to make the metal submit to his will.

Instead, he uses a complicated formula and a computer to carry out his steelmaking mastery.

Kim, 36, is the reigning world steelmaking champion, having in April taken the top spot in the 13th edition of the World Championship of the steelChallenge, an international steelmaking competition organized by the World Steel Association.

He is the first South Korean to win the steelChallenge in the industry category since the event switched from team to individual competition in 2014.

The annual competition pits top-class engineers from across the globe against each other using online process simulations. The contestant whose output best meets the technical requirements at the lowest cost takes the trophy. This year in Madrid, the participants were allotted two hours to build steel billets containing ferroalloy. 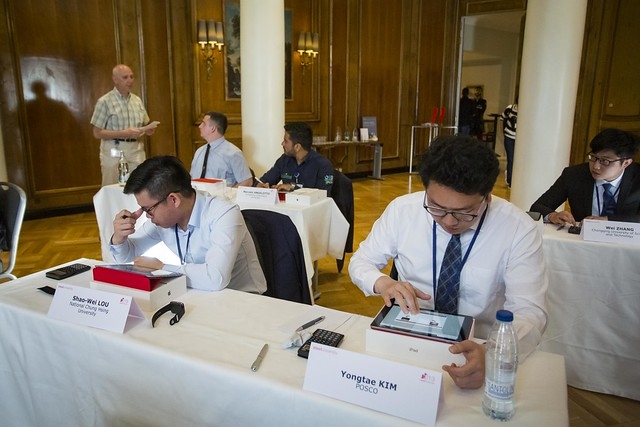 "How many times in your lifetime do you get to become a world champion?" Kim said in a recent interview with Yonhap News Agency. "It took days for me to realize that I'd won the world title. It's a family honor."

Kim, who majored in advanced materials engineering at college, refused to unveil the secret formula he used to win the world title, saying it's too technical. But he said that meticulous calculation in every variable, such as input level of oxygen or temperature, is the key.

"Some people say we just played with numbers on computers, but if you look at steelmaking today, it's mostly computer-controlled," he said. "Of course, there could be differences between theory and actual steelmaking practice, but it's our job to make those theories work."

Kim said that winning the steelmaking competition doesn't mean he can make a steel product that's completely new in the industry, but his simulation model can be used to raise quality of existing products, while lowering production costs. 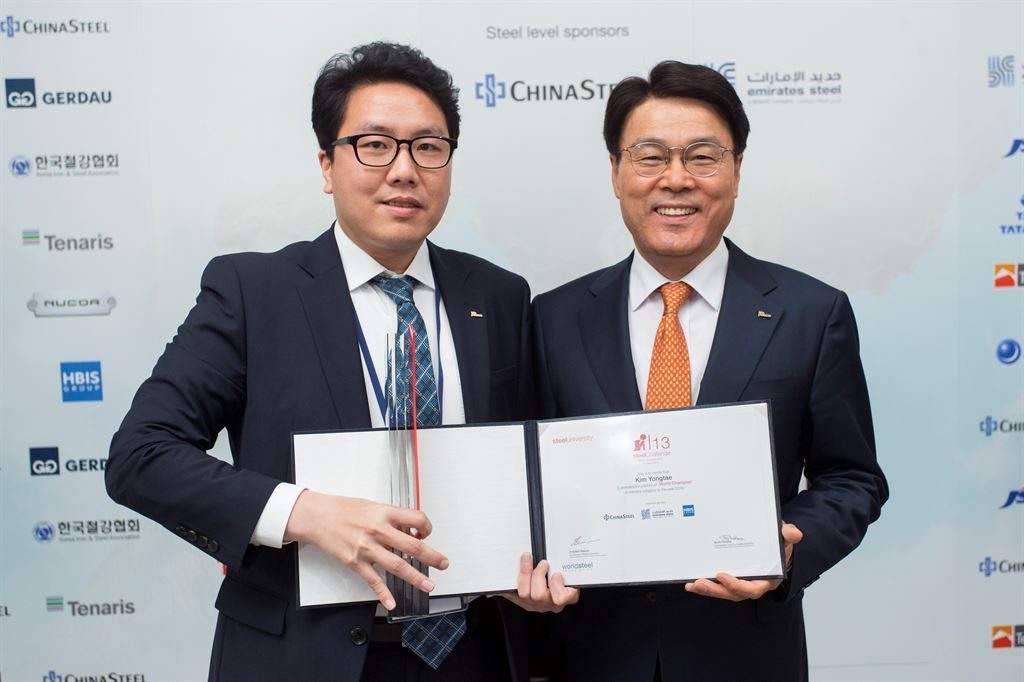 But Kim said he has more to offer the steelmaking industry.

These days, he is studying big data and artificial intelligence (AI) models, hoping he can provide better solutions for unmanned factories using his world-class steelmaking formula. He was the second-place performer at POSCO's big data simulation competition in November.

"People talk about things like the fourth industrial revolution and I think the steel industry is no exception to that wave," he said. "I want to help build an automated steel production facility controlled by AI. After all, it's about how to deal with data."

With the world title on his resume, he is now a sought-after scouting target. But he does not want to leave his company.

For Kim, it's his talented co-workers at POSCO that make him stay competitive and creative. POSCO boasts two world champions and three regional steelmaking tournament winners.

"You can't run long distance alone," he said. "There's good competition going on here, and that's making us all better at POSCO."

Kim is not able to defend his world title under the rules of steelChallenge, which prohibits previous winners from competing again. But Kim said he will help his POSCO peers to compete for his title.

"My advice for future contestants is to have a strong will and perform like what they have been doing in practices.