SEOUL, May 30 (Yonhap) -- Seven South Koreans died and 19 others went missing after a tourist boat carrying them capsized in a river in the capital of Hungary late Wednesday (local time).

A total of 33 Koreans and two Hungarian crew members were on the sightseeing cruise amid heavy rain, when their boat collided with another vessel and sank in the river in downtown Budapest at around 9 p.m., the foreign ministry in Seoul said.

Seven people have been rescued and a search is under way for 19 missing people, it added. 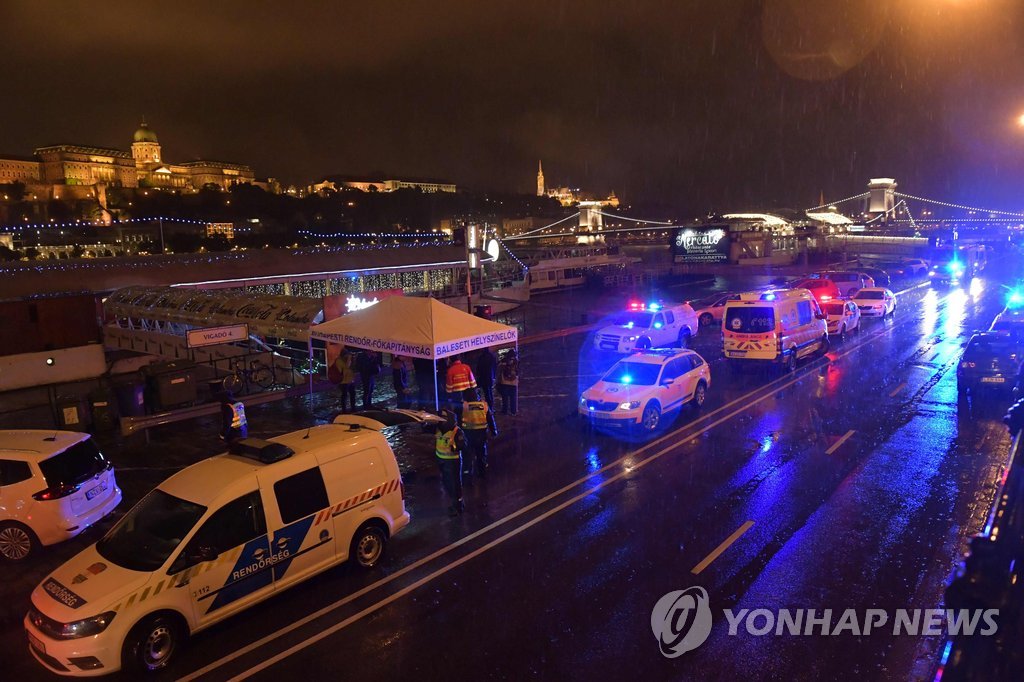 President Moon Jae-in was briefed on the accident and instructed the government to use every possible means to rescue victims, according to presidential spokesperson Ko Min-jung. Moon also ordered the formation of a government-level response team, Ko said.

The foreign ministry said it has set up an interagency government response team, which will be headed by Minister Kang Kyung-wha, to deal with the situation. The government said it will also soon dispatch a team of officials to Hungary, officials said.

No further details were known yet as to how and why the accident happened.

The sunken boat, called Hableany, meaning mermaid in Hungarian, was found near a bridge not far from the Hungarian parliament building. The boat was on a routine city sightseeing tour, according to news reports.