"It's so funny. I didn't even imagine me being called that," Song said, laughing, during an interview with Yonhap News Agency on Wednesday. 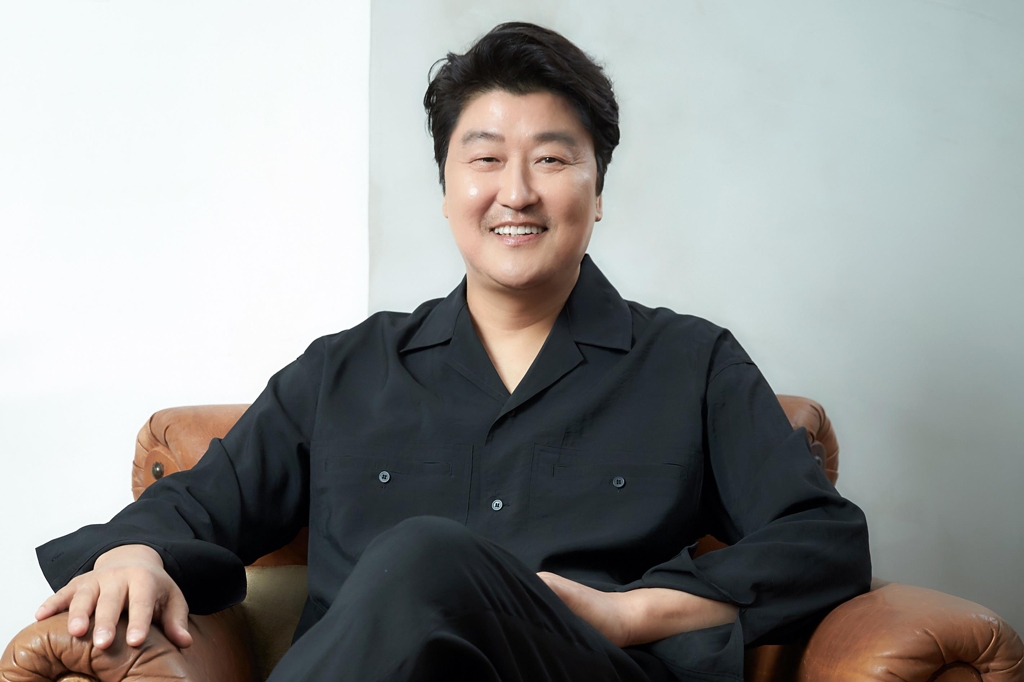 But his new moniker is inspired by a real fact.

He made his first foray to the French film festival with "The Host," also directed by Bong Joon-ho, when the film was screened at non-competition Directors' Fortnight in 2006.

"It's an honor that every time I visited Cannes, all my movies took trophies," he said. "And it's a glorious moment that I'm with director Bong and his 'Parasite,' the winner of the Palme d'Or, the highest prize."

The 52-year old was confident that "Parasite" could win the award, as he felt it is the pinnacle of Bong's nearly 20-year cinematic career.

"When I was watching Bong's first feature film, 'Barking Dogs Never Bite' (2000), at home, I laughed so much and fell off my couch," he recalled. "I didn't know who directed this film or Bong's name, but I wanted to see him."

Years later, Bong asked Song to be part of his second film, "Memories of Murder" (2003), and he agreed.

"The scenario was terrific. And his dramaturgy and rendering were superb at that time too," said Song, who has starred in four of Bong's films so far, including 'Snowpiercer' (2013). "Since then, I've never turned down his offer." 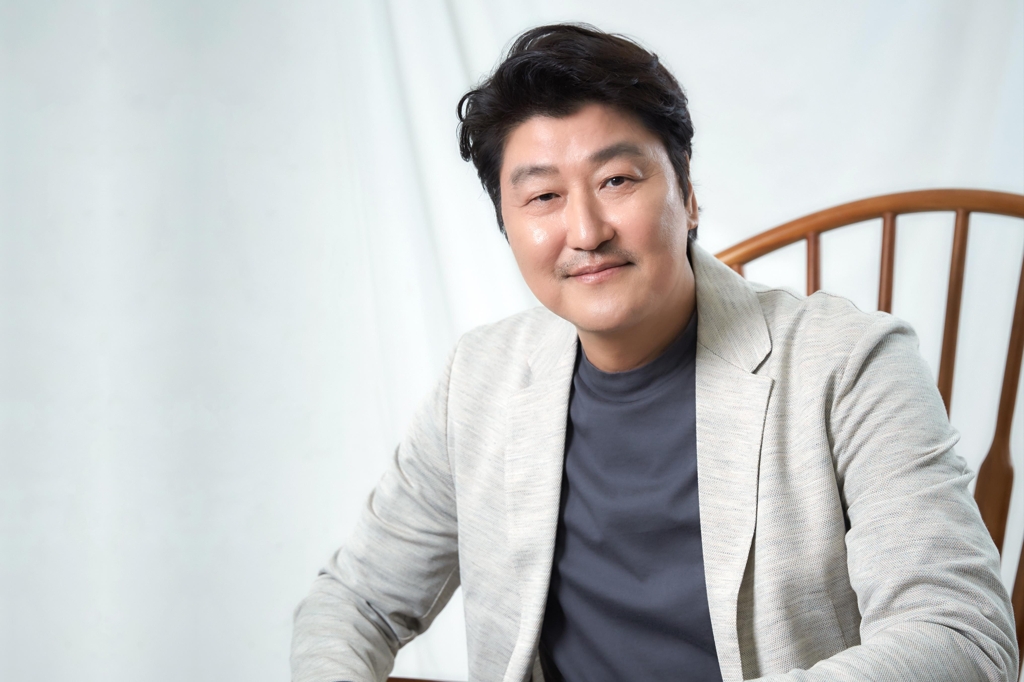 He said the eclectic auteur, Bong, is good at bringing out his humorous and unsophisticated sides, like a next-door uncle. Park Chan-wook, also an internationally acclaimed Korean director, focused on the actor's intensity of emotions when he assigned him the role of a vampire priest in "Thirst."

"Each director has their own ideal, genuine views of me. I love all of them," he said. "Bong likes my indolent, shiftless and disheveled persona."

Song was one of the strongest candidates for the best actor award at Cannes last week, but the prize went to Antonio Banderas for "Pain and Glory."

"I'm not disappointed with the result. A movie with the third-best award and higher is not allowed to get another prize at Cannes. That's the rule," said Song, who attended the Cannes' closing ceremony to celebrate the award with Bong. "I was confident with the quality of 'Parasite.' The Palme d'Or has all of them including the best actor award."

Instead, he received a tribute by Bong at a photo-call session after the award ceremony at Cannes. The 49-year old director knelt and presented the precious trophy to Song as if making a traditional marriage proposal.

"I felt honored and grateful that one of the greatest directors did that for me," he said. "He didn't say a word. But I appreciate his sincerity a lot." 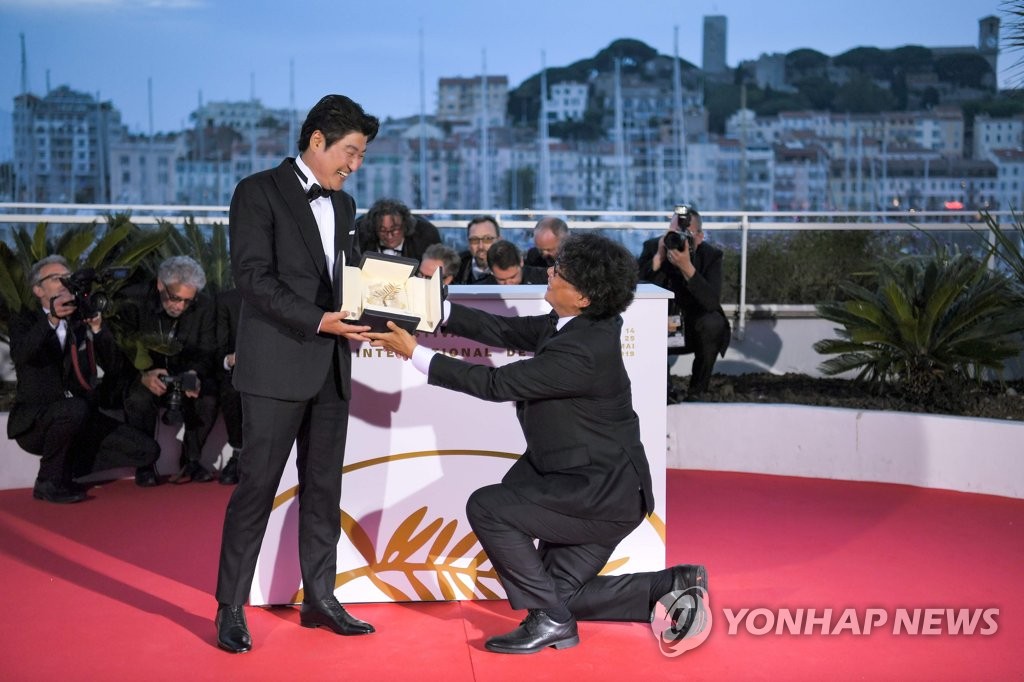