SEOUL, May 30 (Yonhap) -- A mysterious anti-Pyongyang group allegedly responsible for February's raid on North Korea's embassy in Spain called for the release of one of its members accused of involvement in the incident.

In a statement posted on its website Wednesday evening (UTC), Free Joseon demanded that Christopher Ahn, a U.S. citizen who is now on trial at a Los Angeles court, be released and that the authorities stop pursuing Adrian Hong, who has been named as the leader of the intruders.

"Adrian Hong and Christopher Ahn are true heroes who took great risks and have made many other personal sacrifices for many years to help and rescue those not blessed with freedom," the statement said.

Ahn and Hong, along with other members of the group, are accused of breaking into the North Korean Embassy in Madrid, tying up embassy staff up, searching the compound and running away with computers and digital files on Feb. 22.

Apparently referring to speculation that the U.S. intelligence authorities might be involved in the case, Free Joseon said they "have never received funding from foreign government agencies."

In an earlier statement, the group said it consists of members both in and outside North Korea and is committed to ending the Kim family's hereditary succession.

Previously known as Cheollima Civil Defense, Free Joseon also said they rescued Kim Han-sol, the son of Kim Jong-nam, after the elder Kim was assassinated by his half brother and North Korean leader Kim Jong-un in 2017.

"Adrian Hong led this mission and Christopher Ahn personally protected and escorted Kim" and his family, including his mother and sister, it said. 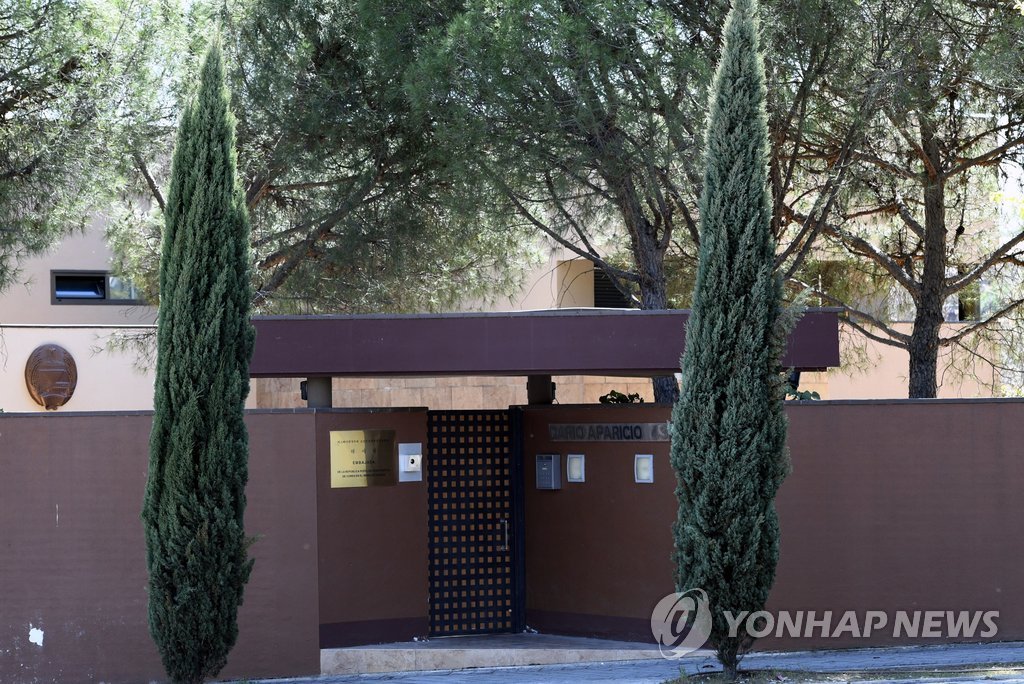