Hungarian military and police have launched frantic operations to find the 19 South Koreans who went missing after their sightseeing boat collided with a Swiss cruise ship in the Danube River in Budapest on Wednesday night (local time).

Hungarian police have detained a captain of the cruise ship, according to Agence France-Presse (AFP)

AFP cited police authorities as saying that the captain of the 135-meter four-storey Viking Sigyn had been taken into custody and "questioned as a suspect in relation to 'endangering waterborne traffic resulting in multiple deaths.'"

"After being questioned, 64-year-old Yuriy C., a resident of Odessa, was detained and a request for his arrest has been made," AFP quoted the police as saying.

A total of 33 Koreans and two Hungarian crew members were on the decades-old tourist boat amid heavy rain at the time of the accident.

South Korea's foreign ministry said that seven Koreans have been rescued. Of the survivors, four left hospital after treatment while the others remain hospitalized. Of the dead, two have been identified. The two Hungarians are reported to have gone missing.

Seoul has launched all-out efforts to accelerate the rescue operations, mobilizing staff from the Navy, police, Coast Guard and other agencies well versed in crisis management and rescue operations.

Foreign Minister Kang Kyung-wha is set to arrive in Hungary in the afternoon to oversee the operations to rescue and search the survivors, and support dozens of their family members who have left or will leave for Budapest on Friday.

"It is very regrettable that there has not been any change (for the better) as to the situation (in Hungary)," he said while presiding over the session on behalf of Kang.

"There has been no progress in rescue operations due to strong currents of waters there on top of bad weather conditions," he added. 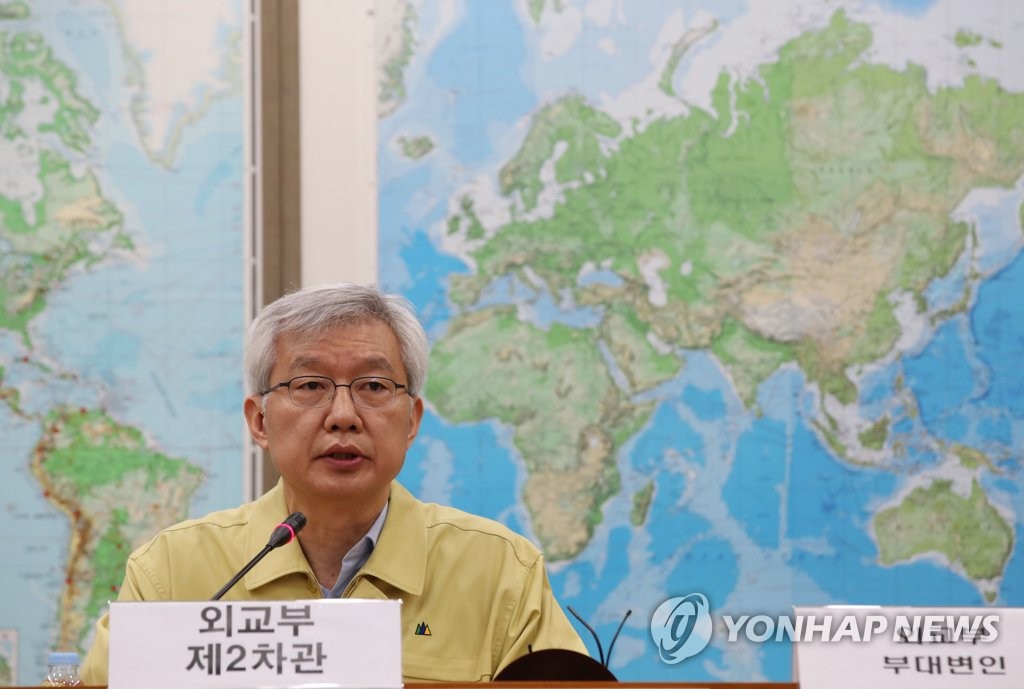 He also said that Seoul has secured pledges by countries surrounding Hungary, such as Ukraine and Croatia, to support rescue operations.

The sunken boat, called the Hableany, meaning mermaid in Hungarian, was found near a bridge not far from the Hungarian parliament building.

The vessel was on its way back from a one-hour riverside tour, when the Switzerland-registered ship abruptly hit it from behind, a Seoul foreign ministry official said, adding that work is still under way to figure out the exact cause.