SEOUL, May 31 (Yonhap) -- A former baseball player who abruptly retired following a drunk driving accident this week was suspended for 90 games by the league office on Friday.

Though Park announced his retirement following his DUI accident Monday, the KBO said Park still remains registered with the league because the Lions haven't proceeded with the necessary paperwork. This means the suspension countdown will continue until the Lions make Park's retirement official, at which point the ban will be rendered moot.

But if Park wants to return to the KBO as a player or a coach in the future, he will first have to serve the rest of his suspension if there are any days left at that point.

The Lions had 89 games remaining this season heading into Friday's game. 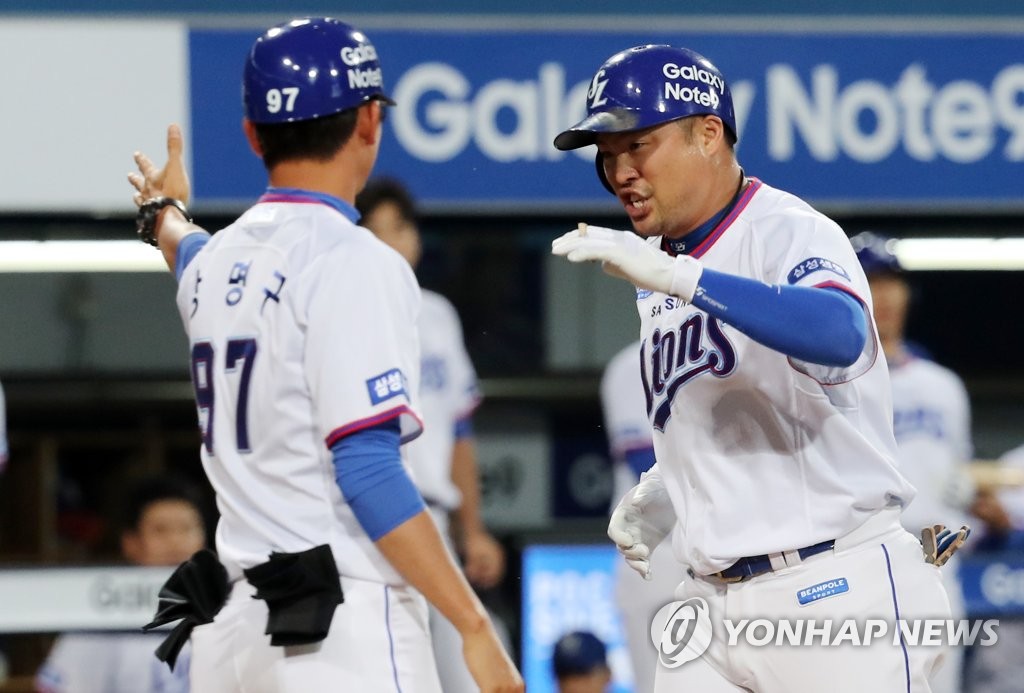 Park was caught driving under the influence of alcohol when he got into a fender bender Monday morning on his way home after dropping off his daughter at school. Police who arrived at the scene gave him a breathalyzer test, and his blood alcohol level was 0.065 percent, more than twice the legal limit of 0.03 percent.

Park explained that he'd had a few drinks with friends Sunday night. To hold himself accountable for the accident, Park told the Lions Monday that he was calling it quits.

It brought a bizarre and unceremonious end to the career of one of the KBO's most consistent players ever.

At 40, Park opened the 2019 season as the oldest player in the KBO. He spent his entire 19-year career with the Lions and won seven championships with them. He was the Korean Series MVP in 2013, when he batted .292 with six RBIs, six runs scored and two steals in a seven-game victory over the Doosan Bears. He delivered some clutch hits as the Lions became the first KBO team ever to win the Korean Series after trailing three games to one.

Front-line medical workers to get 1st vaccinations next month, AstraZeneca's to be first