WASHINGTON, May 31 (Yonhap) -- U.S. Secretary of State Mike Pompeo said Friday the United States is looking into reports that several top North Korean officials have been purged in the wake of the no-deal February summit between the countries' leaders.

"We've seen the reporting to which you're referring," Pompeo said during a press conference in Berlin. "We're doing our best to check it out. I don't have anything else to add to that today."

The Chosun Ilbo, a conservative South Korean daily, reported the same day that North Korea had executed Kim Hyok-chol, its special envoy for the U.S., along with several foreign ministry officials who had been involved in preparations for the second summit between North Korean leader Kim Jong-un and U.S. President Donald Trump in Vietnam.

The report also said Kim Yong-chol, a top aide to the leader and Pompeo's counterpart in negotiations, was sent to a remote province for hard labor.

The Hanoi summit's failure to produce a deal has been viewed as a major humiliation for Kim Jong-un, who traveled there and back by train.

The summit broke down due to differences over the scope of North Korea's denuclearization and sanctions relief from the U.S.

The White House declined to comment on the report.

"I'm not going to comment on intelligence one way or another," White House press secretary Sarah Sanders told reporters in Washington.

"I can tell you we're monitoring the situation and continuing to stay focused on our ultimate goal, which is denuclearization," she said.

"There's nothing we can confirm (for you)," Cheong Wa Dae spokesperson Ko Min-jung said at a press briefing in Seoul. "We are monitoring all related situations (on North Korea). But I think it's important to figure out how much information in the article has been confirmed." 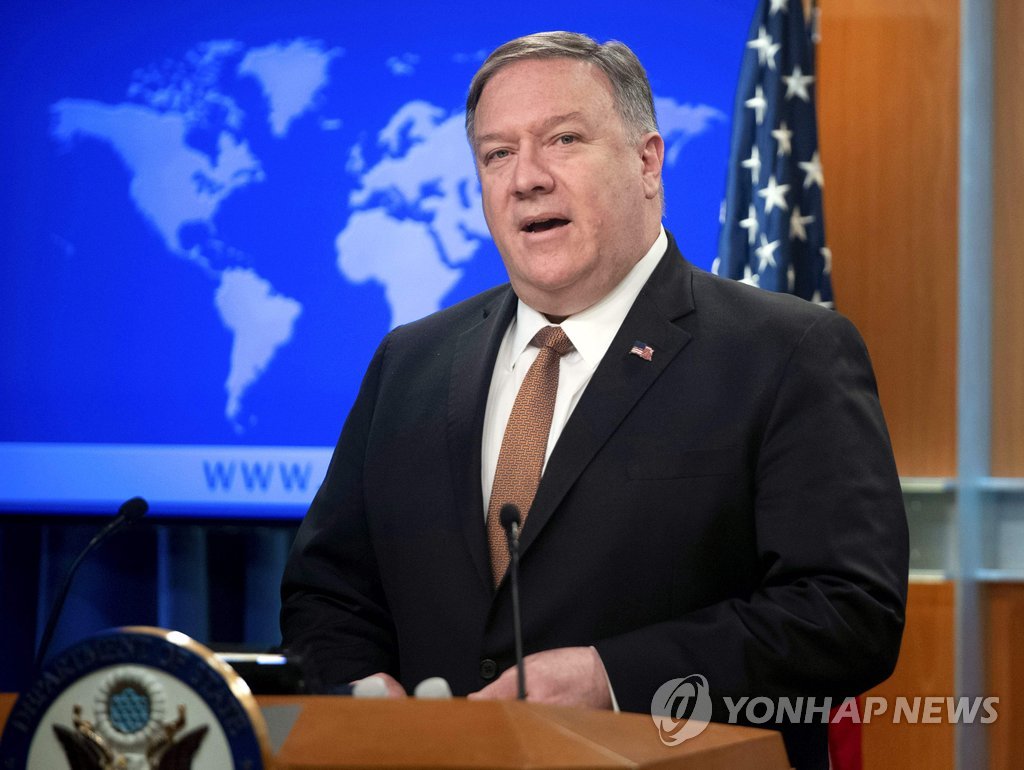 (LEAD) Pompeo says U.S. is looking into reports of purge of N.K. officials

(LEAD) Pompeo says U.S. is looking into reports of purge of N.K. officials