TYCHY, Poland, May 31 (Yonhap) -- Any time South Korea and Japan square off in a sports game, there is bound to be plenty of intensity on both ends. Players tend to get fired up more for these showdowns than other matchups.

But Chung Jung-yong, South Korea's head coach at the ongoing FIFA U-20 World Cup, isn't the one to get caught up in the oft-bitter rivalry. To him, Japan will be just another opponent. 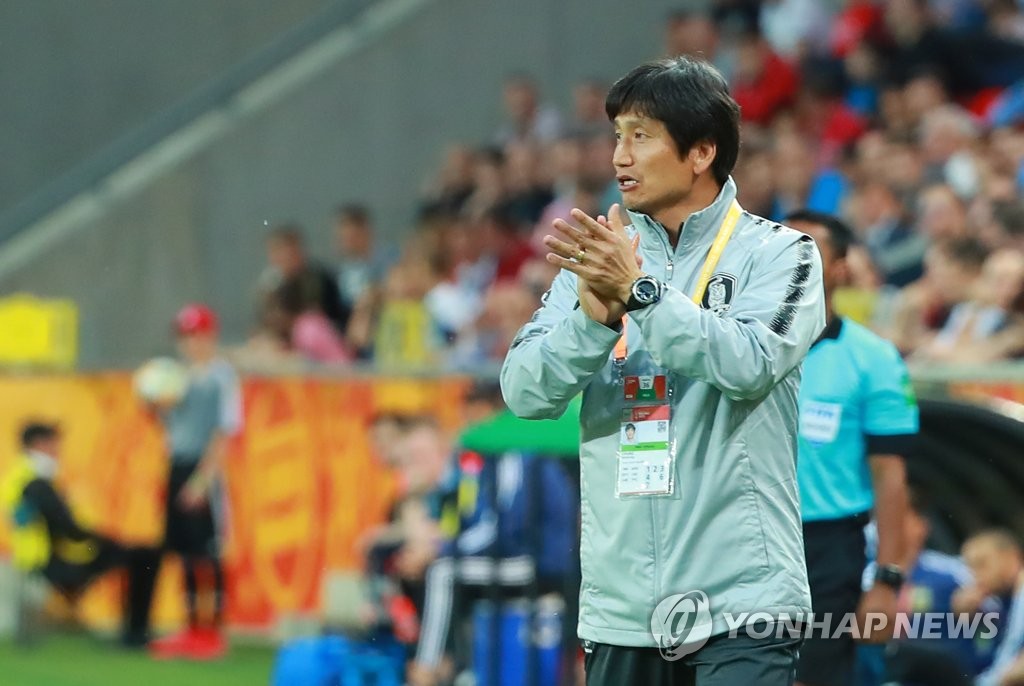 "It doesn't matter whether we play Japan or whoever. If we can compete with the kind of confidence and cohesion that we have now, I am sure we'll get a good result," Chung said following South Korea's 2-1 victory over Argentina in Friday's Group F match in Tychy. South Korea clinched their knockout berth with the win, which set up a date with Japan, Group B's runners-up, in Lublin on Tuesday.

"I am only viewing Japan as our round of 16 opponents, and there's nothing special to it," the coach added. "We're going to prepare as well as we can."

South Korea entered Friday's match needing only a draw to advance. The door to the round of 16 was open for the four best third-place teams, in addition to the top two teams from each of the six groups. But South Korea avoided number-crunching headaches with a victory that wasn't quite as close as the final score indicates.

"I am grateful for the players for showing everything they had in the final group match," Chung said. "I told them they needed to focus on this match and not worry about our position in the group table. I said they should try to play at least one more match here because (for most of them) this would be their last U-20 World Cup."

Ironically enough, if South Korea had a draw with Argentina and squeezed into the knockouts as the third seed, it would given Chung a more desirable scenario. In that case, South Korea wouldn't have had to travel, as they would have taken on Ukraine in Tychy. South Korea had faced Ukraine before. Though they lost 1-0 in March during their training camp in Spain, at least it would have given Chung's team some idea of what to expect.

"Our players are gassed after three matches (in the group stage) and I am worried about the extra travel," Chung said. "I would have preferred to stay here, but there's no problem with anything else." 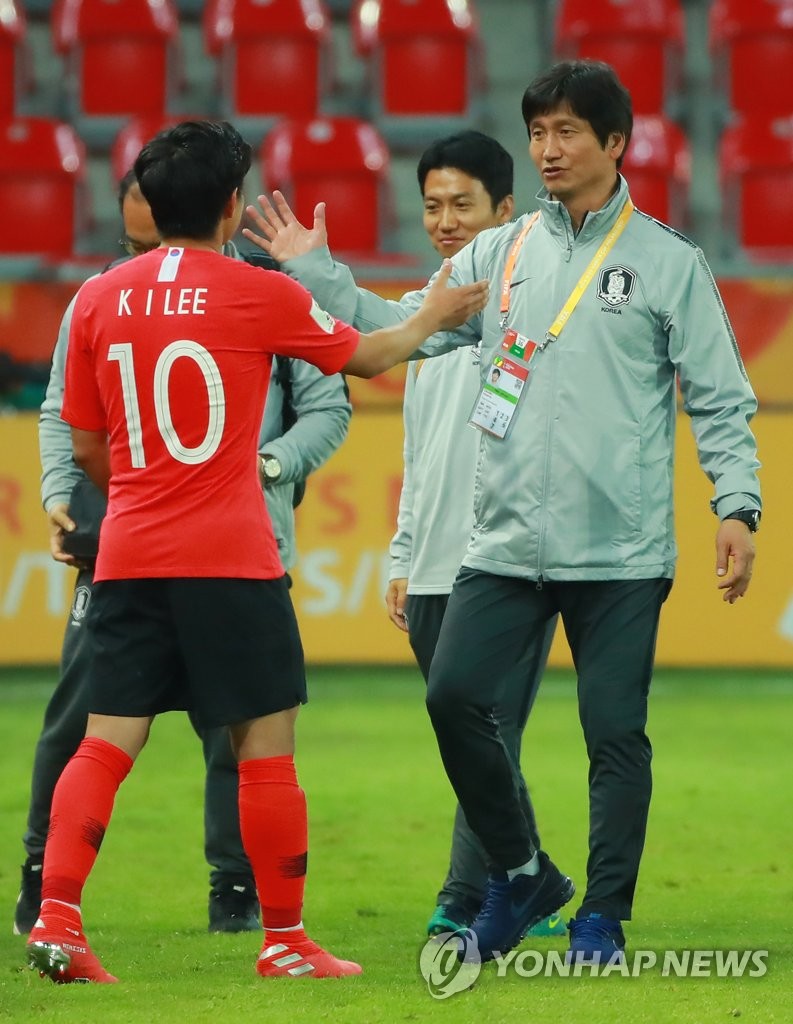 Chung said it was encouraging to see his defense getting stronger and tighter with each passing match, and beating the favored Argentina should be a major confidence boost going forward.

Asked what the team's objective is now that they're through to the knockouts, Chung said he's been trying to keep it simple for his players.

"I haven't spoken to them about any goals yet. I've only said playing in this competition is valuable experience for them," he said. "Once the tournament ends, I think they'll be able to see their improvement."