Since Kim oversaw the launch of short-range missiles on May 9, he had not appeared in the North's state media, sparking rumors that he could be suffering from some health ailment, such as diabetes or hypertension.

At the Kanggye General Tractor Plant, Kim expressed his appreciation for "having produced highly efficient machinery and equipment conducive to the national economy and the strengthening of the defense capabilities," according to KCNA.

"The Supreme Leader of the Party, the State and the armed forces said that the 70 year-long history of the plant is the history of noble spirit and staunch revolutionary spirit," KCNA said.

At the Kanggye General Precision Machine Plant, Kim noted that it is necessary to "turn the plant into a modern plant with completed mechanics of production and thus put it on an advanced level of the world."

During his field guidance to the Jangjagang Machine Tool Factory, he noted that the factory has turned into a "leading machine production base performing an important role for developing the national economy," KCNA reported.

While inspecting the February 8 General Machine Factory, Kim stressed the need to introduce more streamlined production processes, ensure substantial control of labor and put the production at a high level, according to the state media. 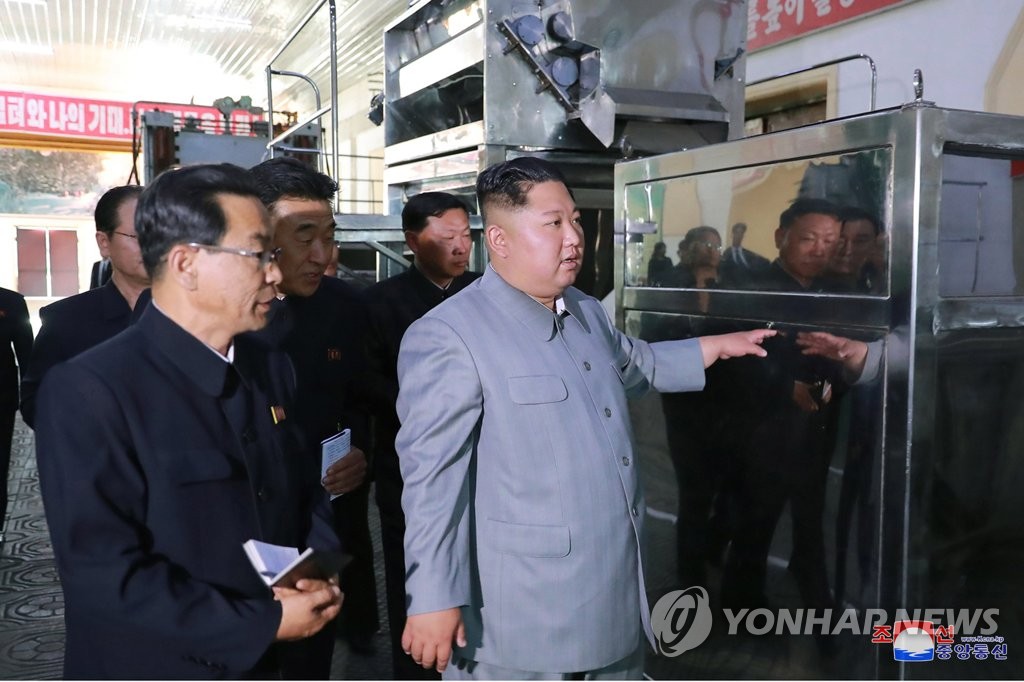 Kim was accompanied by key officials of the ruling Workers' Party, such as Jo Yong-won, Yu Jin, Kim Yong-su and Hyon Song-wol, and leading members of the State Affairs Commission, including Kim Chang-son.

After looking around the facilities there, Kim expressed displeasure, saying it has not been built in a "charming way" even though a lot of materials were used for its construction.

"He said that formalism, expediency and slipshod manner remain strong in the designing field despite lots of call for embodying the principle of conveniences first," KCNA reported.