On Monday morning, divers from Hungary and South Korea plan to determine whether to launch full-scale underwater operations in the Danube River in Budapest where the ship sank, leaving seven Koreans dead and 21 people missing, including 19 Koreans.

But they plan to conduct surface-level searches up to 50 kilometers down the river, from the site of the sinking, starting Saturday.

The sinking happened Wednesday night when the sightseeing boat carrying 33 Koreans and two Hungarian crew members collided with a Switzerland-registered cruise ship, causing it to capsize and sink into the river.

In response to Seoul's request for support, Austria, Czech Republic, Croatia, Serbia, Romania and Bulgaria that are adjacent to Hungary are providing support for the search operations, Seoul officials said.

Lee also said that coordination is under way to provide professional psychological counselors to help the survivors and the families of the victims.

"We desperately hope that there will be progress in the rescue and search activities though there are very difficult situations due to the weather at the scene, fast currents and high waters," the vice foreign minister said.

Lee has been presiding over the session as Foreign Minister Kang Kyung-wha was in Budapest to oversee the search and other operations.

Seoul has formed an emergency response team consisting of 49 people, including staff from the foreign ministry, police, the National Intelligence Service and other agencies, to ensure close coordination with Hungarian authorities. 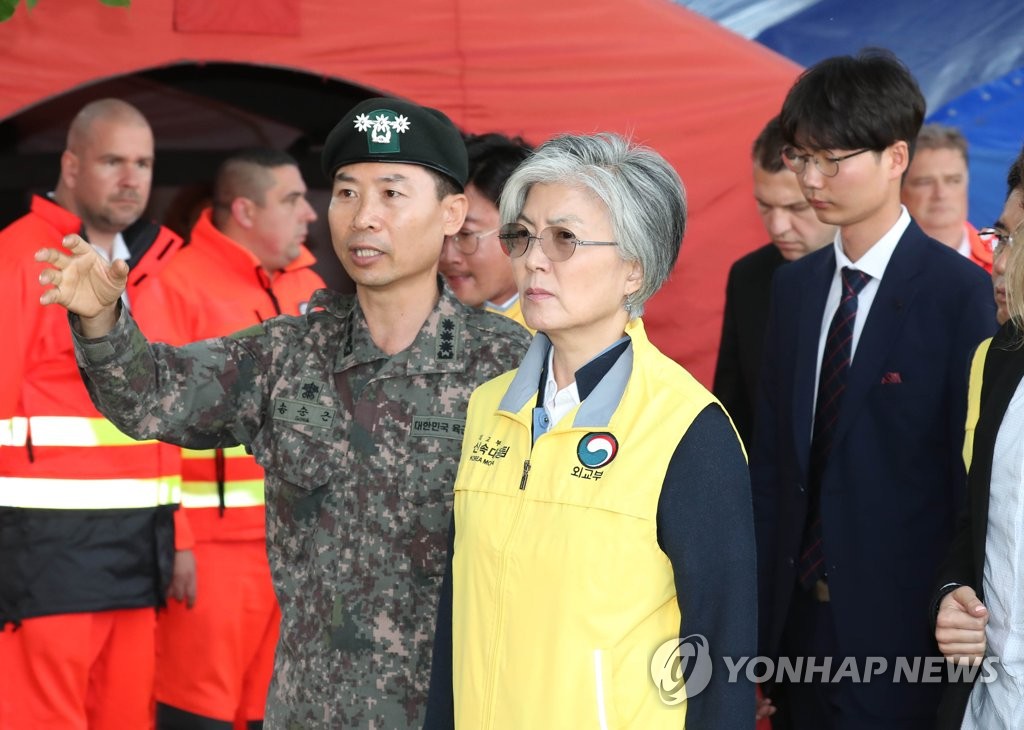