SEOUL, June 1 (Yonhap) -- South Korean Prime Minister Lee Nak-yon on Saturday visited a pig farm and a military unit in a border region to check efforts to prevent an outbreak of African swine fever following a confirmed case of the disease in North Korea.

Late last month, Pyongyang notified the World Organization for Animal Health of an outbreak of swine fever at a farm near the border with China. Since then, Seoul has launched efforts to block any outbreak of the disease whose fatality rate is known to be 100 percent.

"As an outbreak of African swine fever has officially been confirmed in North Korea, it is very important to take disinfection and quarantine measures in border regions," the prime minister said after visiting a pig farm and a Marine Corps unit in Ganghwa County in Incheon, west of Seoul.

Lee stressed the need to focus on preventing wild boars in the North from entering South Korean territory through the Han River estuary.

The government has designated 10 cities and counties along the heavily fortified border and taken quarantine measures in the region. 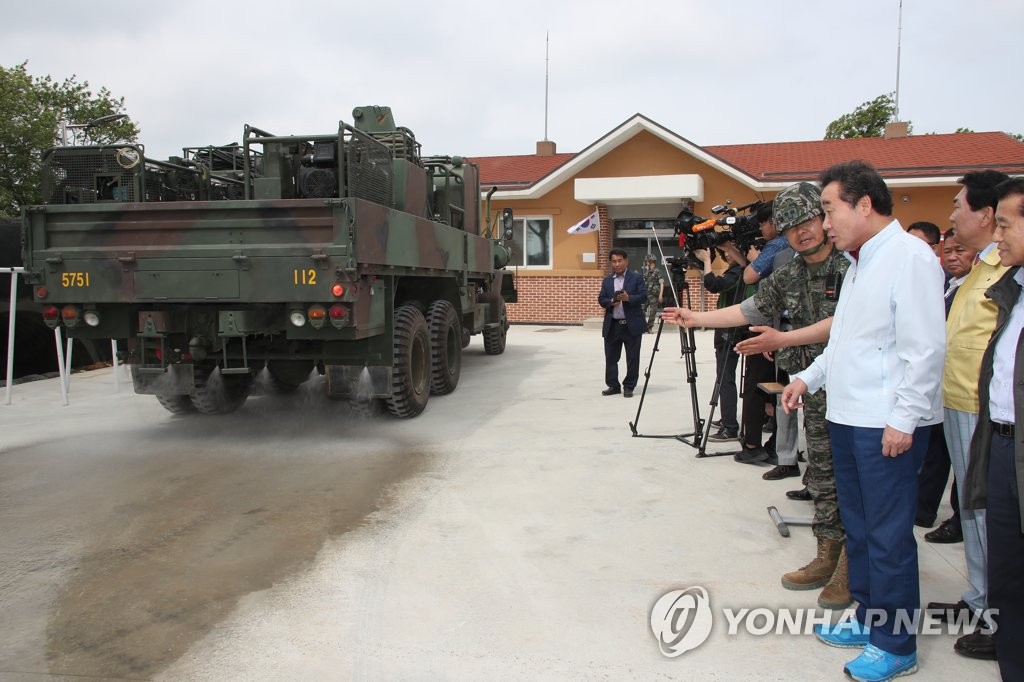