South Korean Defense Minister Jeong Kyeong-doo and Chinese Defense Minister Gen. Wei Fenghe reached the agreement during a meeting held on the sidelines of the Asia Security Summit, better known as the Shangri-La Dialogue, in Singapore. 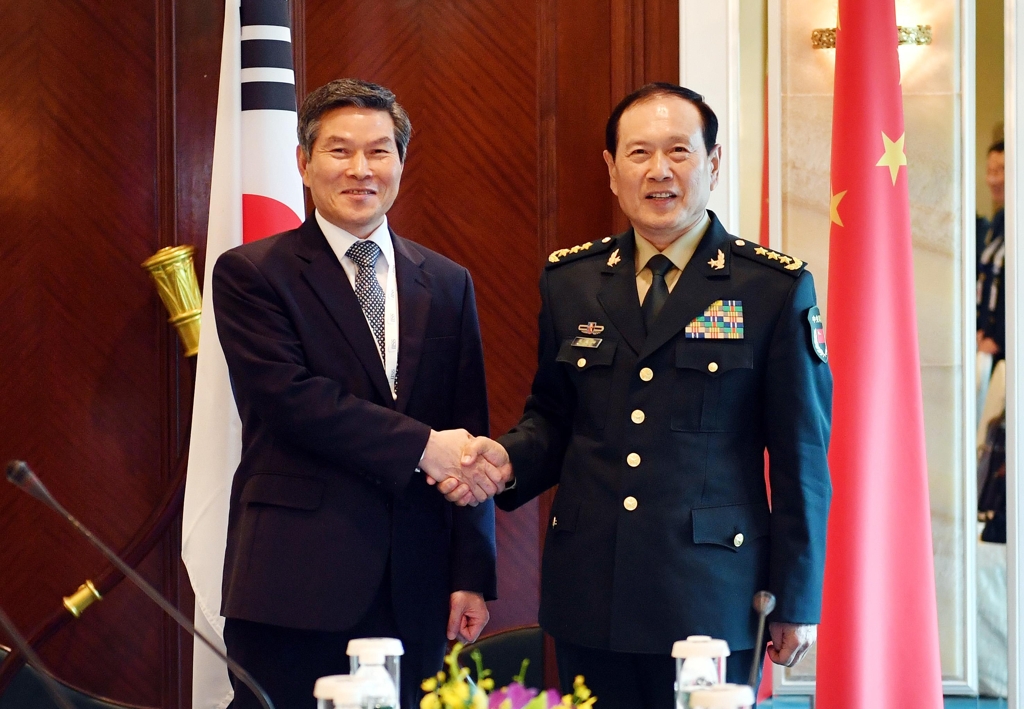 During the talks, the ministers shared the need to boost "strategic communications" for regional peace and stability, while agreeing that China's constructive role is crucial in achieving the complete denuclearization of the Korean Peninsula and a lasting peace, according to the ministry.

In order to strengthen their ties, the two sides vowed to push for various measures such as the opening of additional communication lines between their navies and air forces. Currently, Seoul and Beijing maintain one such line between their armed services.

They also agreed to work toward signing a memorandum of understanding on disaster relief and humanitarian assistance cooperation.

"The two ministers confirmed that their military exchanges and cooperation have been on the right track," the ministry said in a release.

Jeong said at a press briefing that Wei had expressed his willingness to visit South Korea and had invited him to visit China.

Though South Korea and the United States have said the system aims at better defending against missile threats from Pyongyang, China protested strongly, claiming that it would hurt its strategic security interests.

Asked if the sensitive issue was raised during the meeting, Jeong said he had fully explained South Korea's stance, including the purpose of its installation.

"The Chinese side made responses quite positively. Through the dialogue, I found that bilateral understanding on the matter has been very much improved," the minister added.