It was a landmark moment of BTS' high-flying world music career, debuting the band at Wembley, the heart of the concert industry in Britain, a country that spawned such legendary music bands as the Beatles and Queen.

Nicknamed "the Beatles of the 21st century," BTS rocked the British concert venue as if the iconic world-sweeping British band came back alive to shake up the country's music scene.

English-speaking team leader RM made a point of layering his opening speech with a British accent as he said "It's a beautiful night. Welcome to our concert."

Other members -- Jin and Jungkook -- also teased some British-accented English words after RM, resulting in wild laughter among the spectators. 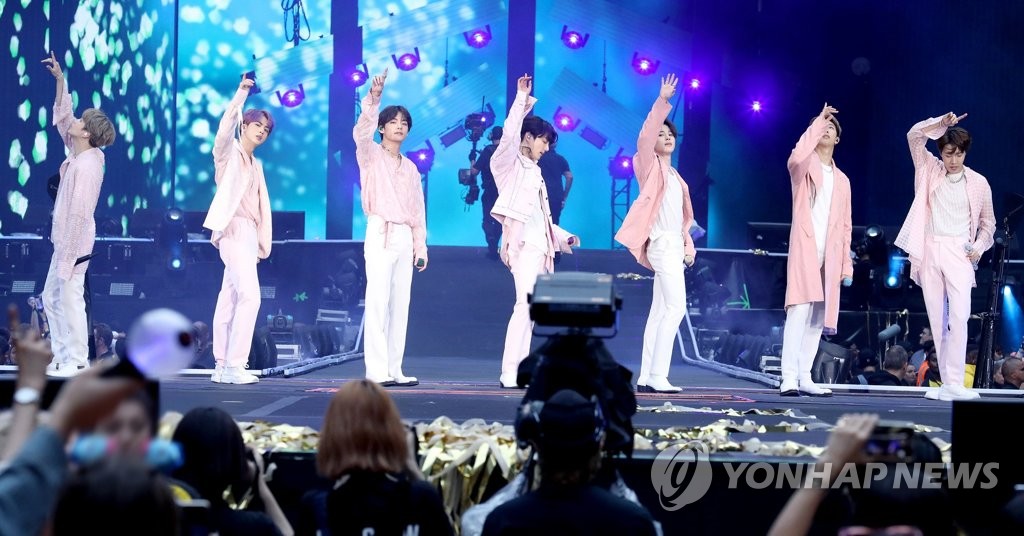 The Saturday concert featured a medley of the band's mega hits, such as, naturally, "Boy With Luv," which peaked at 8th on the main Billboard singles chart, Hot 100, last month, as well as "Dope," "Fire," "Idol" and "Fake Love," burning the stage for two hours and 40 minutes.

The audience included fans from Italy, Spain, Portugal, Germany and Lithuania on top of Britain, who sung along with the Korean-language lyrics of BTS songs.

Jin did not miss celebrating the historic moment of performing at the stage where the legendary rock band Queen once performed, ruling the music scene.

"I watched the movie 'Bohemian Rhapsody.' I cannot help copying this," member Jin told the fans close to the end of the show, shouting "Ey Oh" as Queen's frontman Freddie Mercury did at the start of the band's Wembley performance in 1985.

The audience answered in the same "Ey Oh" in unison.

"Today was really a beautiful day. I want to say I love you deeply," member Jimin said. "We were able to stand at this stage thanks all to you."

Member Suga expressed his own marvel at the event. "We are finally at Wembley. In fact, I have only seen it in TV before. London is really stunning. I ask you to never forget today." 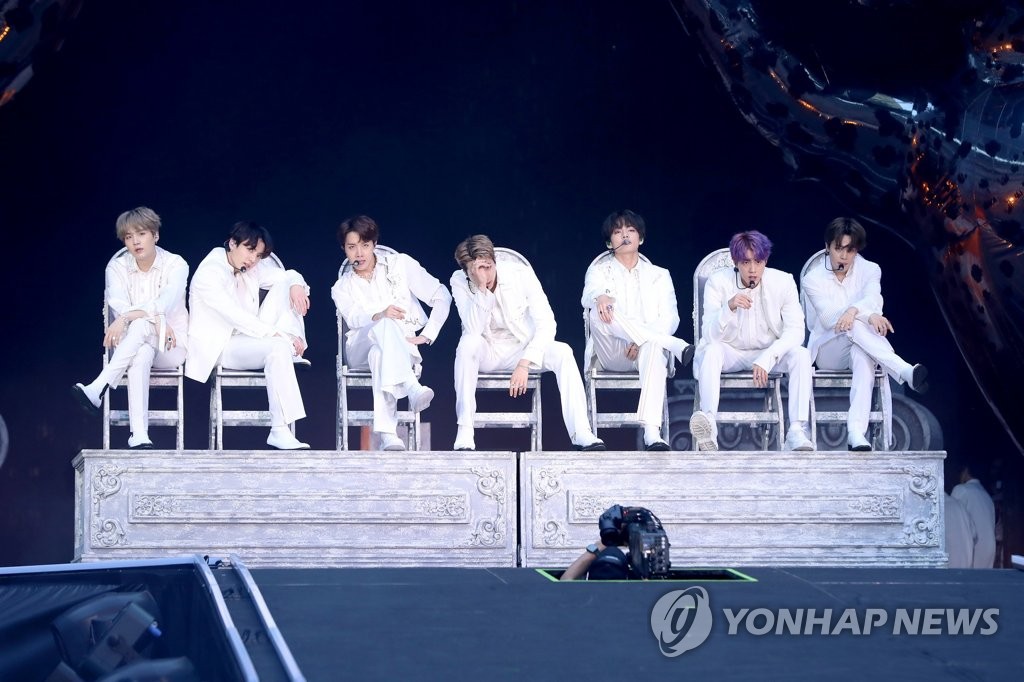 The British reception of BTS was far wilder than expected.

The band had initially planned to perform a single night concert at this 90,000-seat stadium but changed it into a two-day event as the tickets for the first concert sold out in less than two hours. For the two days, a combined 120,000 fans will be admitted.

"When everybody talked about our Billboard charts (performances), I was grateful. But what surprised me in fact was the moment we charted on the official U.K. charts," the team leader recalled.

"You have spawned historically sensational musicians. So Britain is a very important place for me," he noted. "You are the very evidence that we can continue what we do now. BTS will sing for you guys."

After one more concert on Sunday, the septet will move to their next stop of the ongoing "Love Yourself: Speak Yourself" world tour in France, where they are scheduled to perform at Stade de France in Saint Denis, just north of Paris. 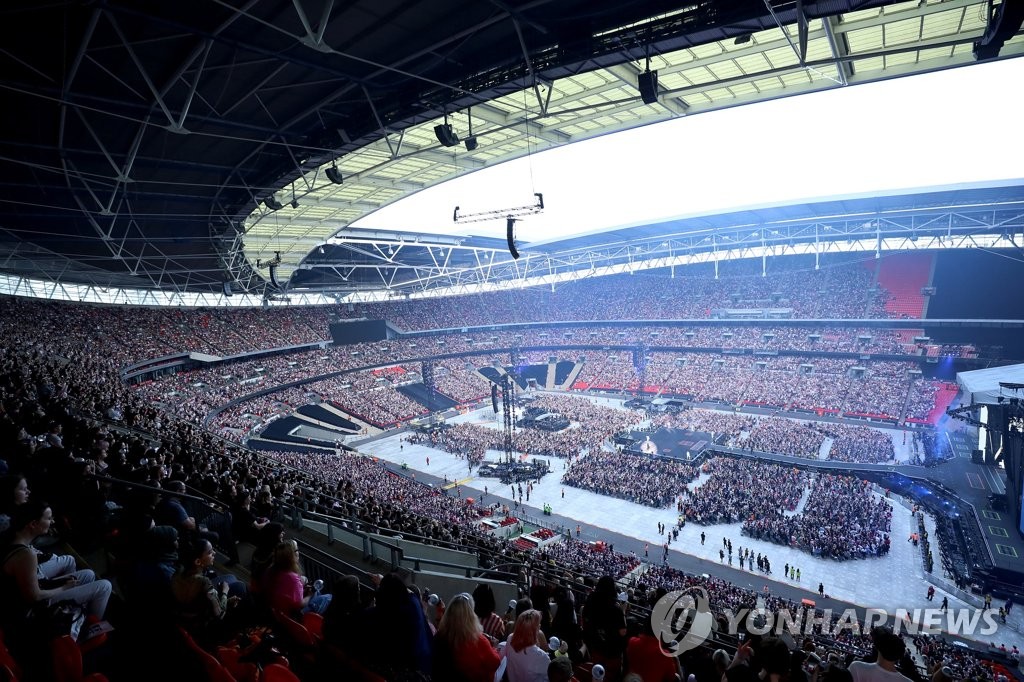