The event, attended by more than 800 guests from 290 airlines in 120 countries, was hosted by South Korea's flag carrier Korean Air Lines Co. It was the first time that IATA's annual general meeting (AGM) came to South Korea.

Cho Won-tae, the new chairman of Korean Air, was elected as the president of this year's AGM in Seoul and chaired the meeting. He was also named a member of the IATA Board of Governors, the decision-making body of IATA.

"I hope that the 75th Annual General Meeting will serve as a productive forum in which we'll be able to bring to light where the gifts of opportunity lie in our industry and how we may approach these opportunities to benefit collectively," Cho said. 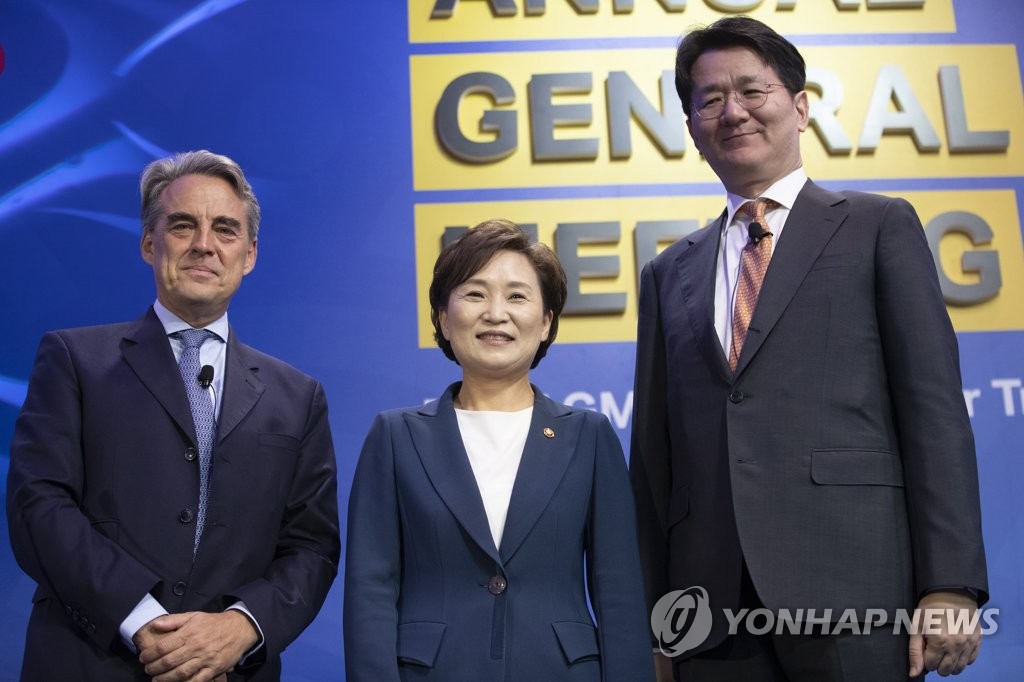 Before discussing and approving IATA's resolutions, including the annual reports of IATA, attendees mourned death of late Korean Air Chairman Cho Yang-ho, who died in April, by having a moment of silence.

The senior Cho was pivotal in bringing the IATA AGM to South Korea for the first time. Cho Yang-ho also served as a member of IATA Board of Governors from 1996.

"Cho was a great contributor to aviation and to the IATA," IATA Director General and CEO Alexandre de Juniac said. "It's sad that he is not with us today."

At the AGM, IATA announced that it downgraded its 2019 outlook for the global air transport industry to a US$28 billion from US$35.5 billion forecast in December 2018 due to rising fuel prices and struggling demand in world trade.

"Unfortunately, creeping protectionist or isolationist political agendas are on the rise," de Juniac said. "And they threaten to compromise the value our industry creates. For aviation to be a catalyst of prosperity, borders must be open to people and to trade."

The aviation leaders also touched on issues of safety and environment.

"We're redoubling our efforts to cut emissions," he said. "In parallel, let's work together to make sure people know all that we are doing to make their flying sustainable." 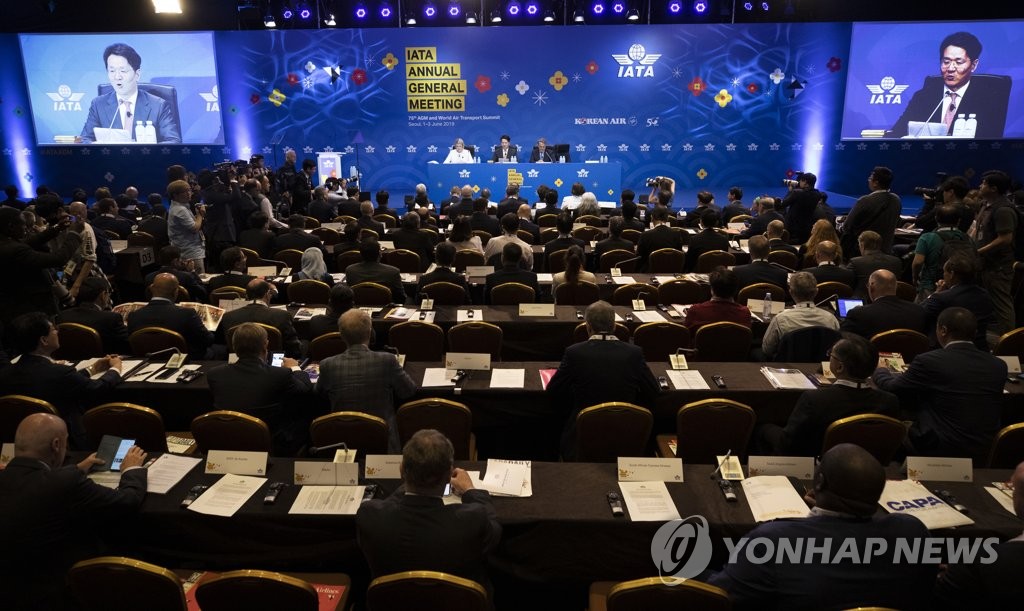 IATA endorsed five resolutions at Sunday's meeting, asking governments to implement the carbon offsetting and reduction scheme for international aviation (CORSIA) and come up with better measures for airport slot systems regarding capacity shortages. It also vowed to support the global deployment of Radio Frequency Identification (RFID) for baggage tracking, "One ID" system, which allows single biometric identifier to move passengers through the airport, and provide better services for disabled passengers.

The 75th AGM will officially conclude on Monday. Next year's meeting will be held in Amsterdam, with KLM Royal Dutch Airlines being the host airline.