SEOUL, June 2 (Yonhap) -- South Korea will ask Hungary to swiftly determine the cause of a deadly boat sinking and those responsible, a senior diplomat said Sunday, as search operations continued after the sinking that left 26 Koreans dead or missing.

"We will call on Hungarian authorities to investigate the cause of the accident and determine who was responsible in a swift manner," Lee said. 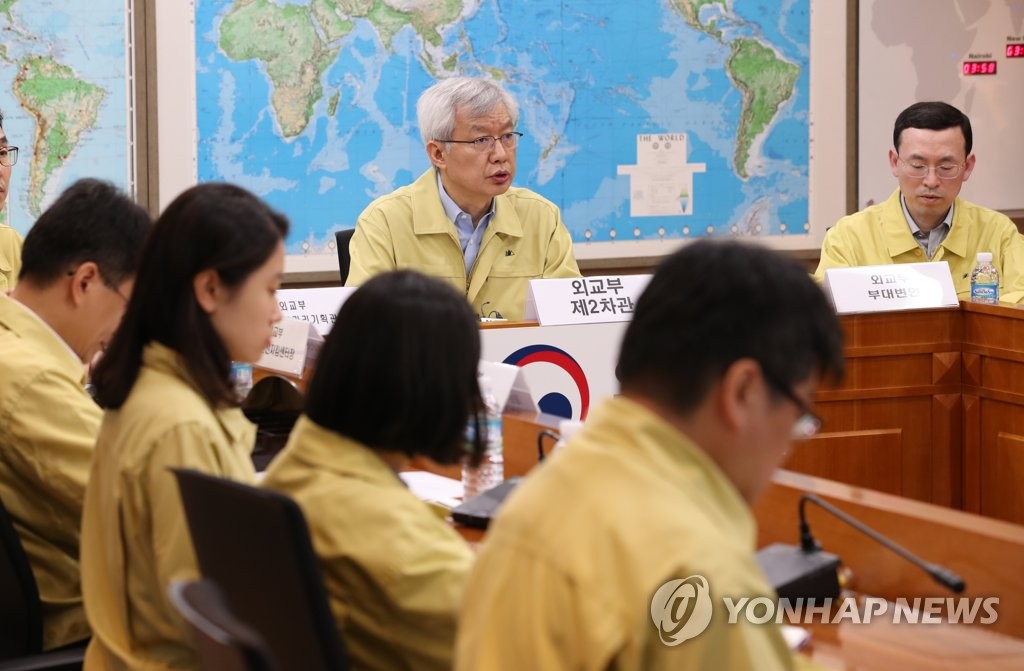 The South Korean team, consisting of staff from the Navy and fire agency, have conducted surface-level searches up to 50 kilometers down the Danube River from the site of Wednesday's disaster with the Hungarian rescue team, but ended empty-handed. It will determine whether to begin full-scale underwater operations in the river on Monday.

Foreign Minister Kang Kyung-wha, who returned to Seoul from Budapest on Sunday, said the Hungarian government is considering installing a structure around the sunken vessel to keep any contents of the ship from slipping out.

"We've been asking them to set up nets to prevent any loss from the boat, but the condition is too bad for divers to get into the water," Kang told reporters upon arrival at Incheon International Airport. "They are mulling a plan to set up a structure around it."

She said it will take more time to begin work on pulling the sunken ship out of the water because of the strong currents of the Danube.

Kang had been in Budapest since Friday to oversee the South Korean team's search operations and ensure coordination with Hungary. She met with her Hungarian counterpart, Peter Szijjarto, and Interior Minister Sandor Pinter during the three-day visit. 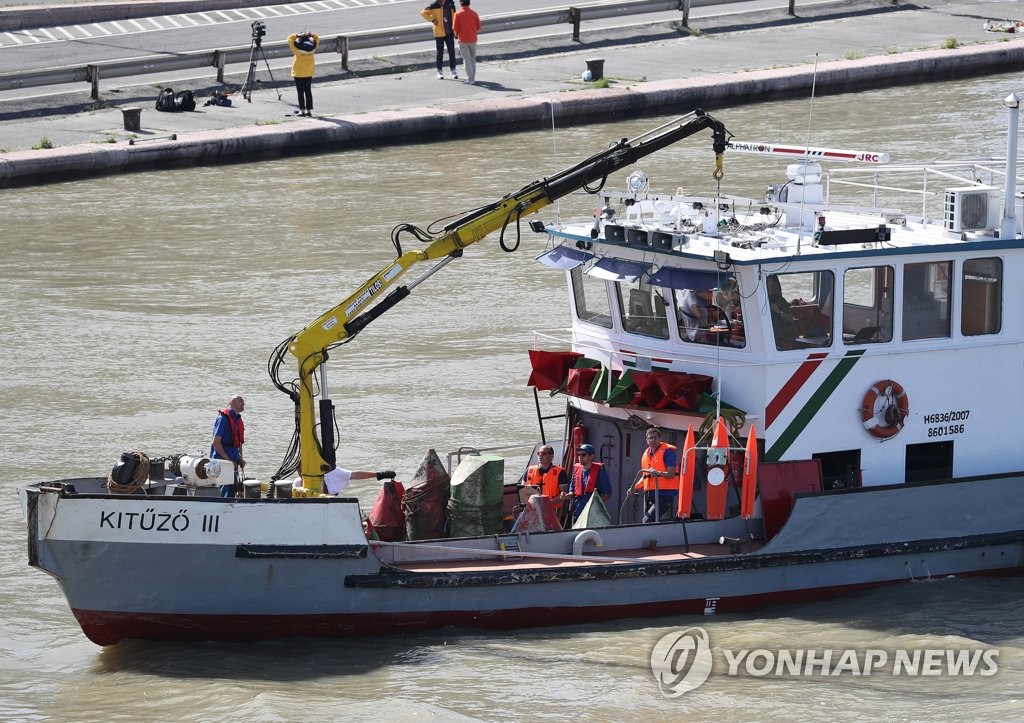