Jeffery Goh, who heads Star Alliance Services GmbH, said that Asiana will remain an airline that delivers great customer service. Star Alliance, the world's first global airline alliance founded in 1997, has 28 member airlines. Asiana has been a member of the alliance since 2003.

"Over the years, Asiana had its challenges, but they have continued to deliver very good customer service levels," Goh told Yonhap News Agency after a press conference held on the sidelines of the 75th the International Air Transport Association (IATA) Annual General Meeting.

"This is a tough industry and every airline has its challenges," he said.

In early April, cash-strapped Kumho Asiana Group, Asiana's parent, submitted a fresh self-rescue plan to creditors in return for financial support, vowing to immediately start the process of selling Asiana. Under the plan, the group said it will sell the 33.47-percent stake held by Kumho Industrials Co. in Asiana Airlines.

Asiana has also been under pressure to strengthen its financial health. The carrier owes financial institutions 3.2 trillion won (US$2.6 billion) in short-term debt, with 1.2 trillion won of loans maturing this year. Last year, Asiana swung to a net loss of 10.4 billion won from a net profit of 248 billion won the previous year.

South Korean conglomerates have yet to announce any interest in buying Asiana. But whomever the new owner is, Goh said that Star Alliance is not worried about continuing businesses with Asiana.

"Whatever change happens, I'm sure delivering excellent customer service would be always the mission, and we're very confident of that. For us, we look forward to many more years of Asiana's strength in our global network," Goh said. 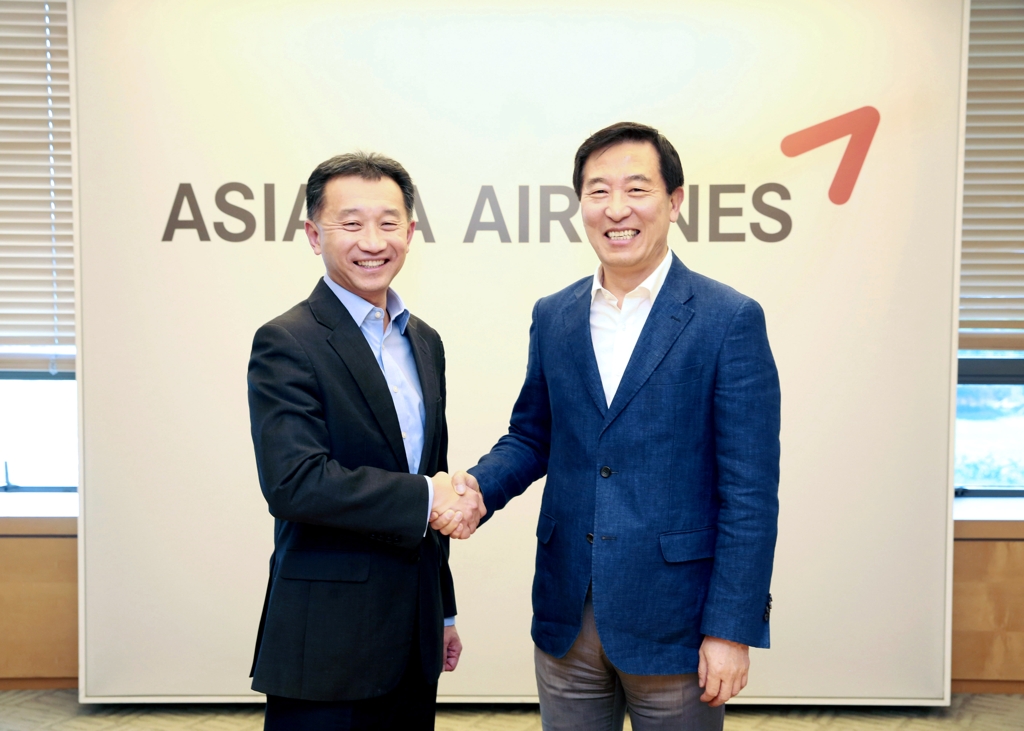