At the meeting scheduled for Monday, Moon and Shanahan will likely discuss geopolitical situations on the Korean Peninsula since the breakdown of the second summit between U.S. President Donald Trump and North Korean leader Kim Jong-un in Hanoi in February.

In particular, the recent missile launches by North Korea will be a key agenda of the Monday meeting.

Since Pyongyang launched a fusillade of projectiles, including short-range missiles, early last month, the type of its missiles has been a hot potato both in South Korea and in the United States.

Experts said the North fired Russian Iskander ballistic missiles, but South Korea has said it is still working on determining the exact type of the missile in close coordination with Washington.

Last week, however, Shanahan said that North Korea's recent missile tests are a violation of United Nations resolutions, which prohibit the launch of any ballistic missiles.

Shanahan will fly to Seoul from Singapore where he attended the Asia Security Summit, also known as the Shangri-La Dialogue. He is also scheduled to hold talks with his South Korean counterpart, Jeong Kyeong-doo, on Monday. 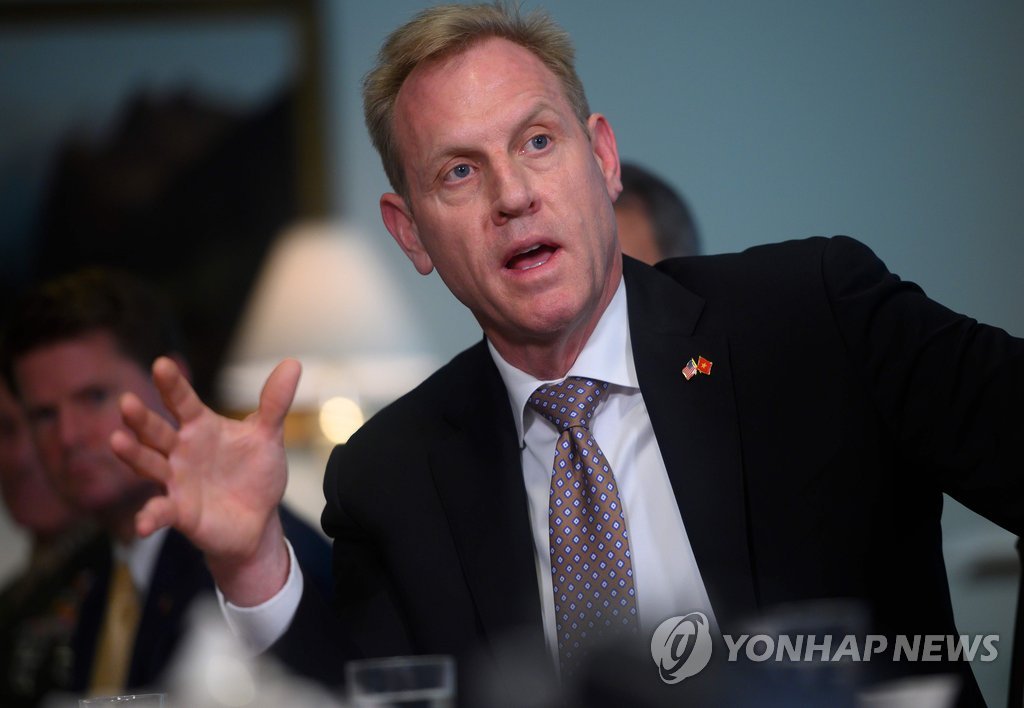