SEOUL, June 2 (Yonhap) -- South Korea's finance minister has said the rate of minimum wage growth next year should be at the lowest level to reflect its impact on the economy.

In a TV debate program televised live Sunday morning, Economy and Finance Minister Hong Nam-ki said the Minimum Wage Commission should take into account what impact an increase in the minimum wage will have on the economy and employment, as well as companies' financial capabilities and market responses.

"Higher minimum wages reduce the ratio of low-income earners out of total workers, but some daily workers have lost their jobs. Speed adjustments are required (in raising the minimum wage)," Hong said.

President Moon Jae-in recently said the government will not stick to his election pledge involving the minimum wage.

A hike in the minimum wage was one of the key election pledges by liberal President Moon Jae-in. He originally pledged to raise it to 10,000 won by 2020 but has signaled a need to adjust the pace of the increase. 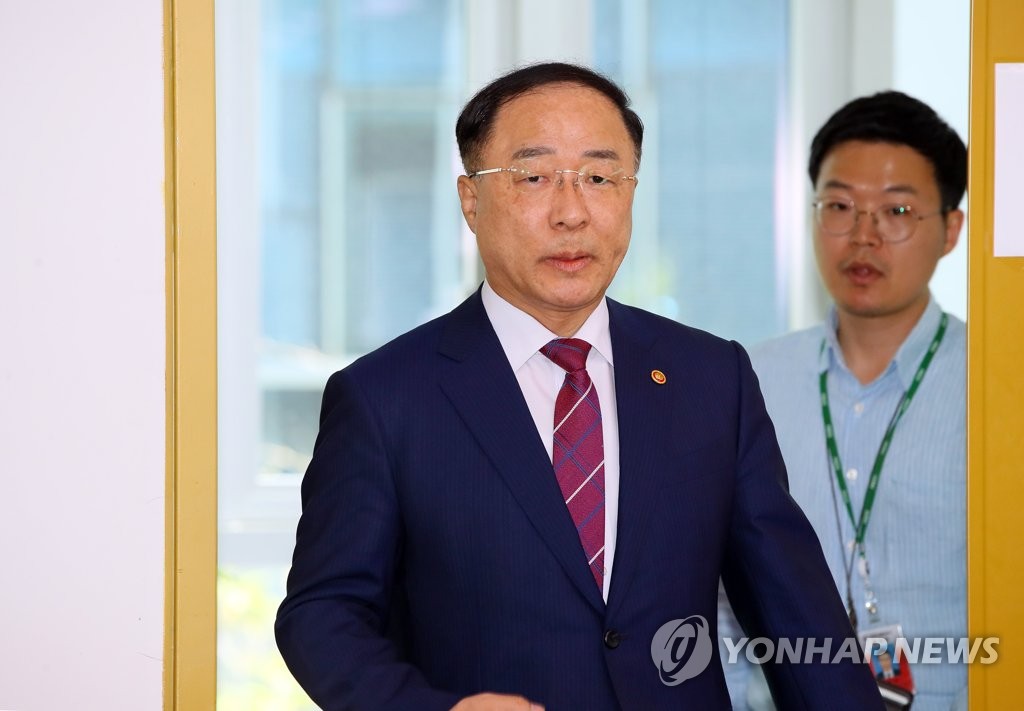 Rate of minimum wage growth should be minimal in 2020: finance chief

Rate of minimum wage growth should be minimal in 2020: finance chief