The agenda was expected to include cooperation on bringing the North back to the nuclear talks and the allies' plan to stage a combined exercise this summer during which they will test Seoul's capabilities to retake wartime operational control (OPCON) from Washington.

The allies have been striving to resume nuclear negotiations with Pyongyang that have been stalled since the second summit between U.S. President Donald Trump and North Korean leader Kim Jong-un in Hanoi in February ended without a deal.

The Hanoi summit fell apart due to a failure to narrow gaps over the scope of Pyongyang's denuclearization and Washington's sanctions relief.

The two sides could also discuss a new combined command post exercise, slated for August, that will replace the Ulchi Freedom Guardian drills as part of a reorganization of major exercises aimed at facilitating peace efforts.

During the exercise named 19-2 Dong Maeng, using the Korean word for "alliance," the allies will verify Seoul's initial operational capability (IOC) required for the OPCON transfer, after which the South will lead wartime operations, with the U.S. playing a supporting role.

The IOC verification is a first step to see if the South is on course to meet these conditions.

The wartime OPCON still remains in the hands of the U.S. after the South handed it over to the U.S.-led U.N. Command during the 1950-53 Korean War. Seoul retook the peacetime OPCON in 1994.

The two sides had initially planned to move the CFC to the defense ministry compound in Seoul. But the U.S. has reportedly proposed moving it to Camp Humphreys, a sprawling U.S. military complex in Pyeongtaek, 70 kilometers south of Seoul.

Another possible agenda item is the issue of permanently installing the Terminal High Altitude Area Defense (THAAD) battery in Seongju in the southeast of the country. Pending an environmental assessment, the THAAD equipment has been there stationed "temporarily" since 2017.

Following the talks, Shanahan plans to pay a courtesy call on South Korean President Moon Jae-in, according to Moon's office. 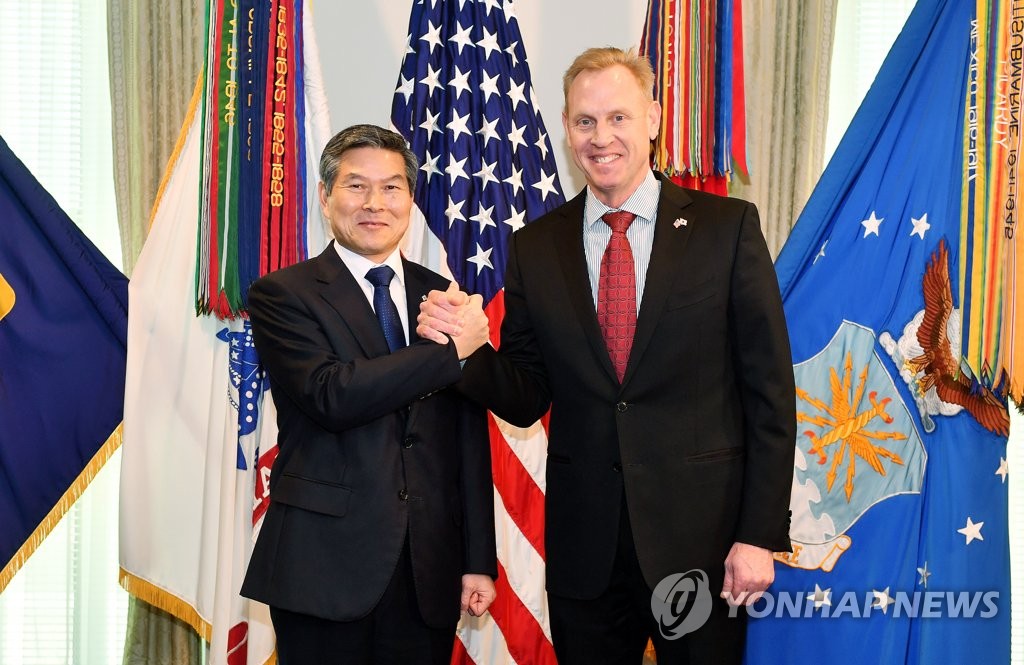