SEOUL, June 3 (Yonhap) -- North Korean leader Kim Jong-un has watched an art troupe's performance, along with his top aides, including Kim Yong-chol, who is rumored to have been punished for February's no-deal summit with the United States, Pyongyang's media reported Monday.

The leader attended the performance "given by amateur art groups of the wives of officers of units of the Korean People's Army (KPA) selected in the seventh round of the second-term contest of art groups of KPA officers' wives," the Korean Central News Agency (KCNA) said.

He appeared with his wife, Ri Sol-ju, and other top officials, including Kim Yong-chol, who served as his chief interlocutor in nuclear talks with the United Sates, it added.

Speculation has grown that Kim might have carried out a massive purge to punish officials responsible for the no-deal summit with U.S. President Donald Trump. Such rumors spiked last week after a local daily reported that Kim Yong-chol was punished with hard labor and another negotiator was executed. 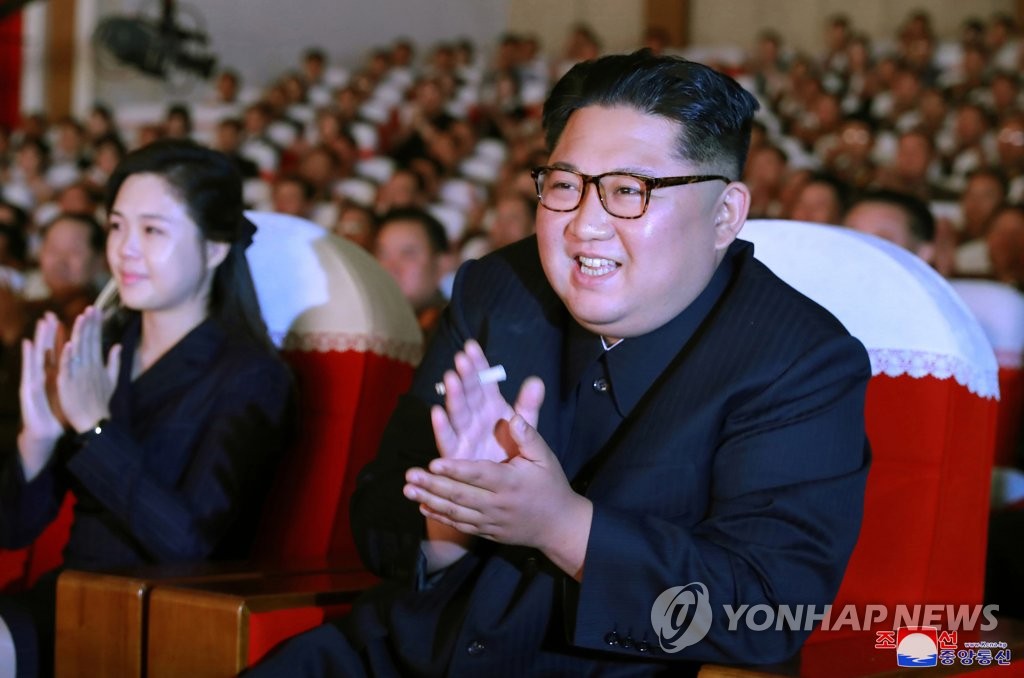 "There's nothing we can confirm (for you)," Cheong Wa Dae spokesperson Ko Min-jung told reporters Friday. "We are monitoring all related situations (on North Korea). But I think it's important to figure out how much information in the article has been confirmed,

In April, Seoul's spy agency said that Kim Yong-chol had been replaced by Jang Kum-chol, a little known official to the outside, as the director of the United Front Department. The North has yet to confirm the replacement.

Despite the replacement, observers say that Kim Yong-chol is expected to maintain his post as a vice chairman of the central committee of the North's ruling party. Monday's KCNA report referred to him as "comrade," not using any job title mentioning his name.