LUBLIN, Poland, June 3 (Yonhap) -- South Korea will renew their long-standing rivalry with Japan in the first knockout match at the FIFA U-20 World Cup in Poland.

Both teams finished in second place in their respective groups. South Korea opened Group F play with a 1-0 loss to Portugal, before defeating South Africa 1-0 and Argentina 2-1 to clinch their second consecutive knockout berth. In Group B, Japan had a 3-0 win over Mexico sandwiched between a 1-1 draw with Ecuador and a scoreless draw with Italy. 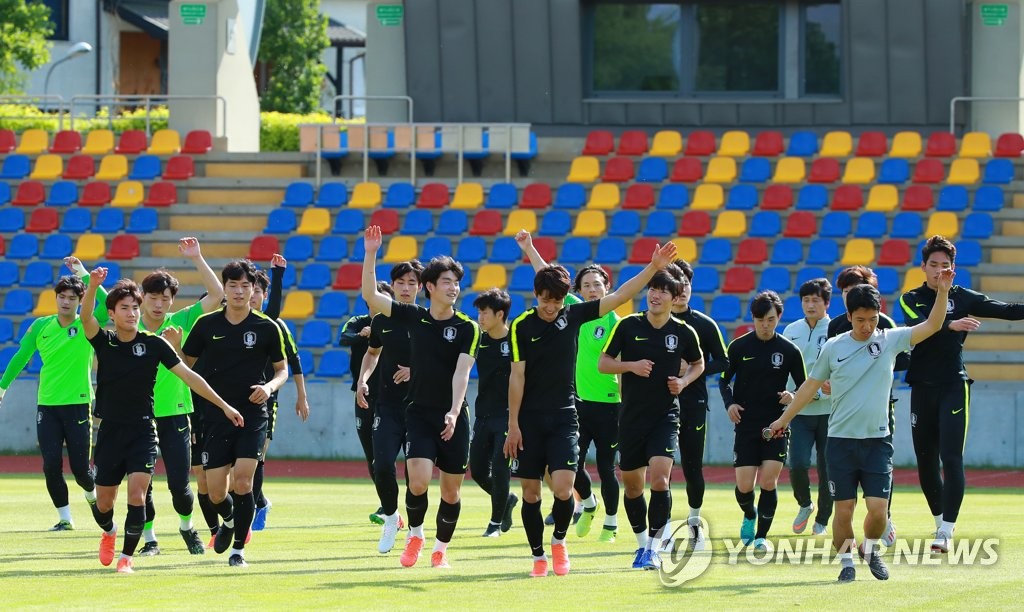 This will be the first meeting at the U-20 World Cup between South Korea and Japan since the round of 16 in 2003, when Japan prevailed 2-1 in extra time.

The winner of this match will take on either Senegal or Nigeria in Saturday's quarterfinals in Bielsko-Biala.

South Korea's best performance at the U-20 tournament is the fourth-place showing in Mexico in 1983. They haven't gone past the quarterfinals since.

The oft-bitter sporting rivalry between the two countries is well-documented. But South Korea head coach Chung Jung-yong and his players have tried to downplay the significance of the showdown, saying they simply view Japan as just another opponent and hardly anything more than that.

In his pre-match press conference Sunday, Chung stuck to the script.

"It doesn't matter who we're playing. The key for us is to analyze our opponents and prepare for the match the best we can," Chung said at Lublin Stadium. "We'll concentrate on the match and not worry about the aftermath of the match."

South Korea appear to be rounding into form, as they followed up a dispiriting opening loss to Portugal with two consecutive victories.

An early defensive breakdown proved costly against Portugal. Against South Africa, South Korea were thoroughly outplayed in the first half, with heroics by goalkeeper Lee Gwang-yeon keeping the team in the game, but got their act together over the final 45 minutes for a narrow win. 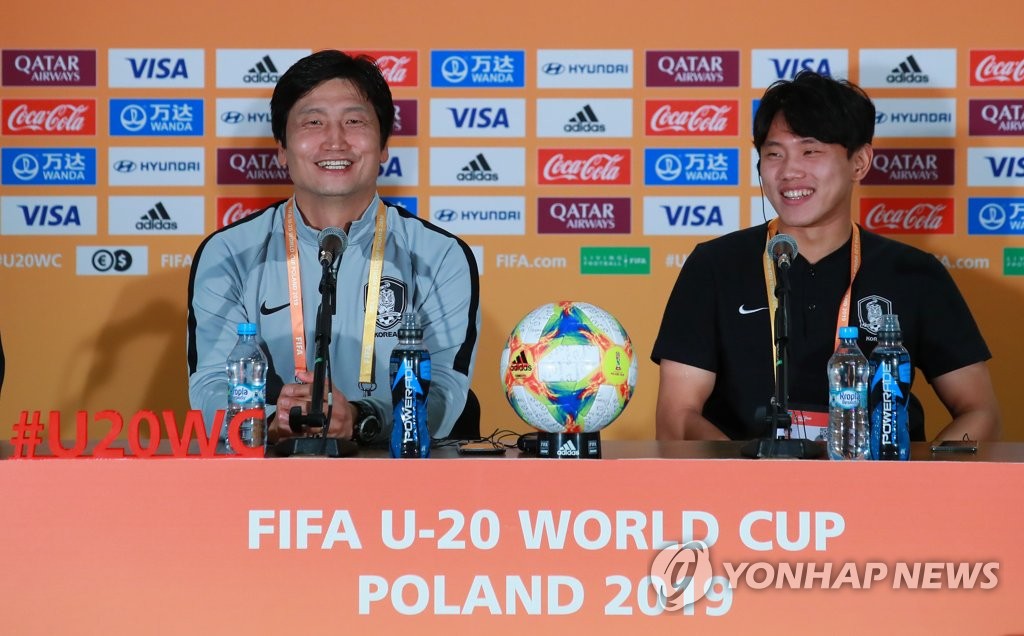 South Korea had their most complete effort of the tournament against Argentina. Needing only a draw to qualify for the knockouts, South Korea went ahead and defeated the favored South Americans, with Oh Se-hun and Cho Young-wook scoring a goal apiece. The defense did well to keep Argentina at bay, and Cristian Ferreira's 88th-minute score did little to dampen the knockout-clinching celebration.

Chung said he was pleased with the way his team has been improving with each group match, and he expects "a difficult match" against Japan.

"They're a well-organized team, and they put a lot of pressure on you," he said. "The match could go longer than 90 minutes, and the important thing for us is to do the best we can."

The coach said he has spoken to his players about picking up one another and putting the team ahead of themselves.

"Football is a team sport, and no one player can do it all," he said. "Our players are well aware of that, and I think our teamwork will continue to get better and better."

South Korean forward Cho Young-wook, who scored a goal against Argentina, said he wasn't just happy to be in the round of 16 and that he wants to keep going deeper into the tournament.

"We know one mistake can cost us a match," Cho said. "So we have to stay focused from start to finish."

This is Cho's second consecutive appearance at the tournament, and his goal against Argentina came in his seventh career match.

"I think I can start playing with a bit more confidence, since I scored my first goal in an important match," Cho said. "When I have an opportunity, I should be able to take the shot with more poise." 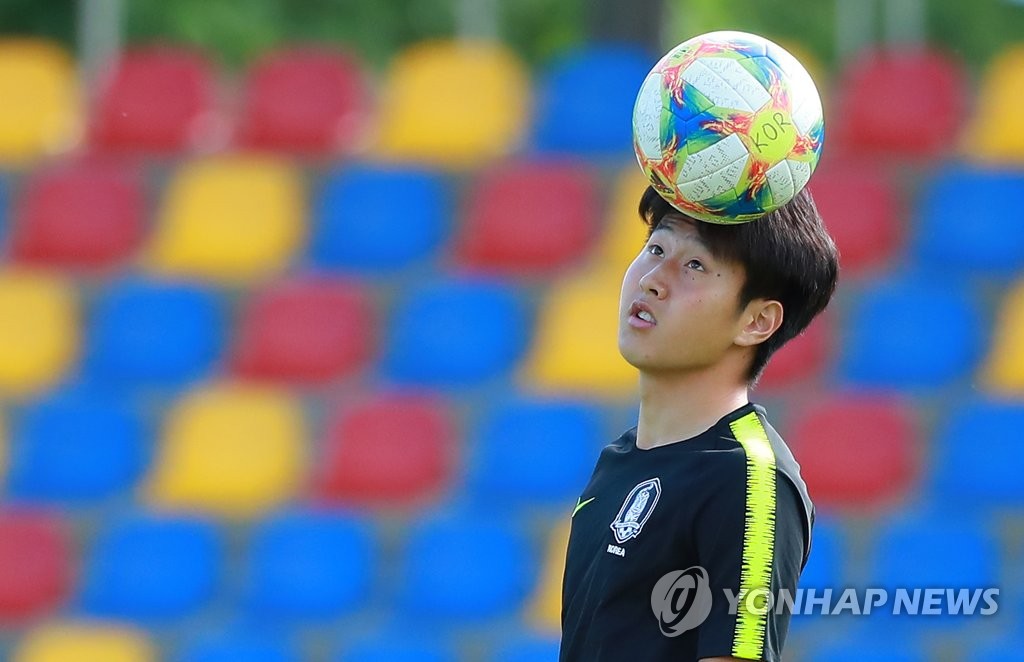