Released Thursday, the flick sold 2.78 million tickets from Friday to Sunday for a total of 3.36 million, according to the data from the Korean Film Council (KOFIC).

Unlike unpopular award-winning films in the past, "Parasite" seems to appeal to Korean viewers, with its unexpected plot and a mixture of suspense, horror and humor.

Hollywood monster film "Godzilla: King of the Monsters" soared to third place after attracting 181,000 moviegoers during the weekend.

Local crime thriller "The Gangster, the Cop, the Devil," former No. 1, dropped to fourth, garnering an additional 159,000 tickets to its total of 3.28 million. 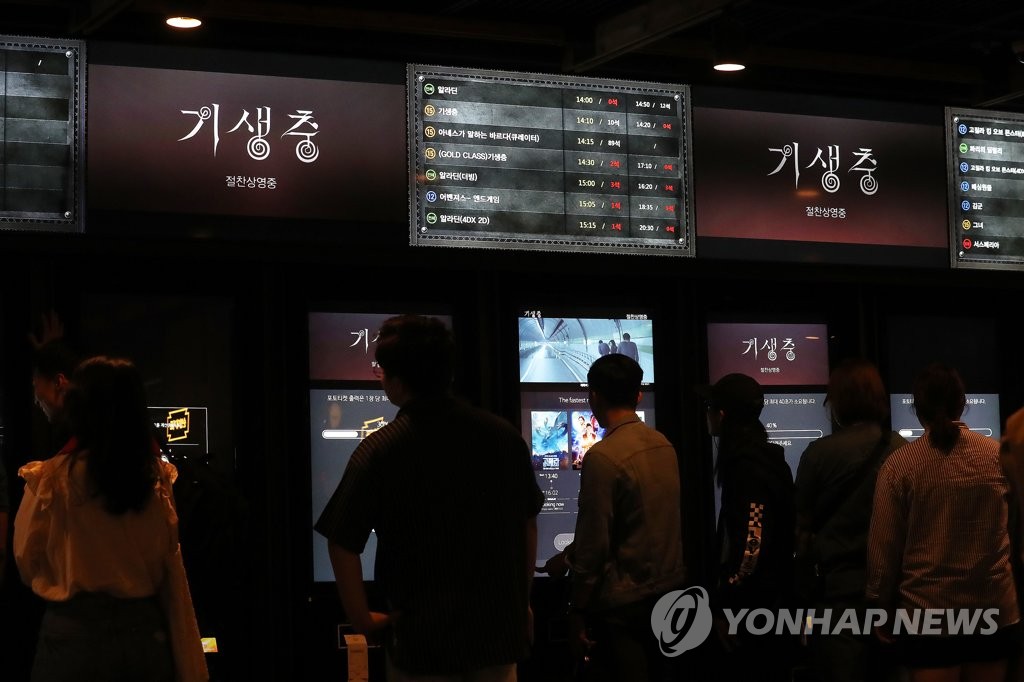