SEJONG, June 3 (Yonhap) -- South Korea's exports suffered the most in the first quarter among the world's 20 biggest economies over an escalation of the trade feud between the United States and China, a report showed Monday.

South Korea's exports contracted 7.1 percent on quarter in the first three months, compared with an average 0.4 percent rise of G-20 economies, showed the report by the Organization for Economic Cooperation and Development (OECD).

Brazil's exports declined 6.4 percent on quarter in the January-March period, followed by a 4.4-percent fall by Russia, a 4.3-percent decline in Indonesian exports and a 2.3-percent decrease in Japanese exports, according to the report.

"Through closely integrated supply chains, international trade in other Asian economies has also been impacted by rising U.S.-China trade tensions," the report said. 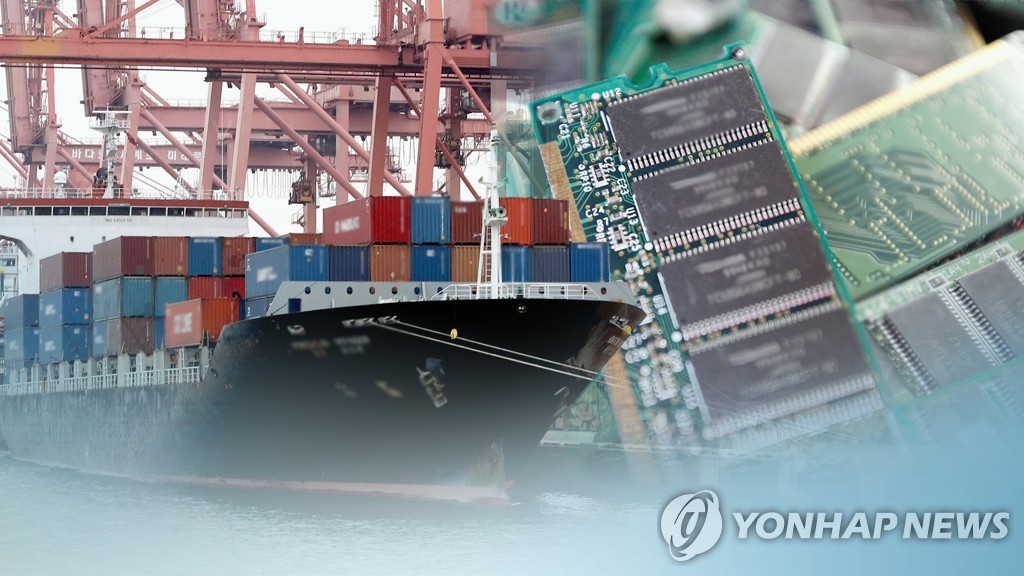 U.S. exports rose 0.7 percent on quarter in the first quarter and China saw its exports grow 3.9 percent in the quarter.

Compared with the third quarter of last year, when the first round of new tariff measures affecting U.S.-China trade came into effect, exports by G-20 economies were down 0.8 percent in the first quarter, the report showed.

South Korea's exports dipped 9.7 percent on year to US$45.9 billion in May, extending their slump for the sixth consecutive month.

The May decline was sharper than what the market had expected. According to a poll by Yonhap Infomax, the financial arm of Yonhap News Agency, the country's exports were estimated to have declined about 7 percent last month.

Government officials have said South Korea may suffer a slight deficit in its current account balance for April.
(END)