SEOUL, June 3 (Yonhap) -- South Korea's economy is expected to grow at a slower-than-expected pace this year on weak domestic demand and declines in exports and investments, a local think tank said Monday.

Asia's fourth-largest economy is projected to expand 2.2 percent this year, slower than the previous estimate of 2.4 percent, according to the Korea Economic Research Institute (KERI).

"Exports underpinned the country's growth last year, but this year, declining exports will likely be the biggest downside factor. Also weighing on growth are an escalating trade war between the United States and China, and decreasing construction and facilities investments," the KERI said in a statement.

The KERI's growth outlook is lower than the Organization for Economic Cooperation and Development's recent projection of 2.4 percent for South Korea and the Bank of Korea's 2.5 percent estimate.

The Korean economy unexpectedly contracted 0.3 percent in the first quarter, the worst performance since the 2008 global financial crisis. Last year, it grew 2.7 percent, down from a solid 3.1 percent gain the previous year. 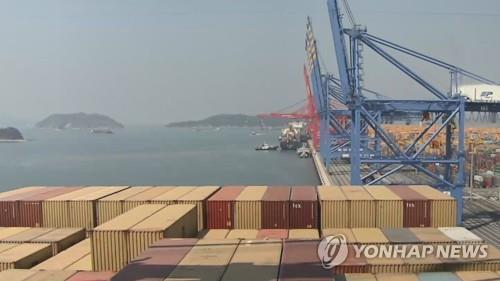