CHARLESTON, United States, June 2 (Yonhap) -- For as long as she's played professional golf, South Korean Lee Jeong-eun has had the number 6 next to her name.

When she was playing on the Korea LPGA (KLPGA) Tour, there were five other Lee Jeong-eun's who joined the tour ahead of her. But on the field, Lee was second to none, winning the Rookie of the Year in 2016 and the Player of the Year in 2017, while winning back-to-back money titles in 2017 and 2018.

Lee reached the pinnacle of women's golf on Sunday, winning the U.S. Women's Open at, what else, six-under par 278 at the Country Club of Charleston in Charleston, South Carolina. 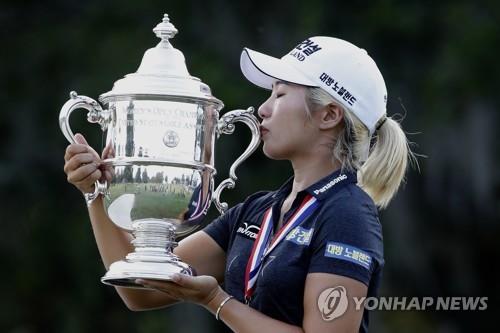 "Six is a lucky number for me," Lee said at her post-victory press conference. "I remember winning a tournament in Korea after shooting a 66 in the third round, and I got my first LPGA title at six-under."

The rookie said she didn't expect to get her first LPGA win so quickly, coming as it did in just her ninth start of 2019.

She had a close call earlier in May, when she lost in the playoff at LPGA Mediheal Championship.

"Back when I played at Mediheal in the playoff, I know I missed putts, but I didn't want to think about those," Lee said. "I just wanted to win this tournament and try as best as I can."

Lee said she became emotional after her victory because memories of her difficult upbringing in South Korea came back to her. Her father, Lee Jeong-ho, is paralyzed from waist down after effects from an accident that occurred when his daughter was four years old. After she won the LPGA qualifying tournament last November, Lee contemplated passing up the opportunity to play in America because she wanted to be close to her family.

"It's been tough over the years because I knew I had to support my family no matter what," Lee said. "After three years on the Korean tour, I am enjoying myself more on the LPGA Tour. I had tears in my eyes when I thought back to my amateur days." 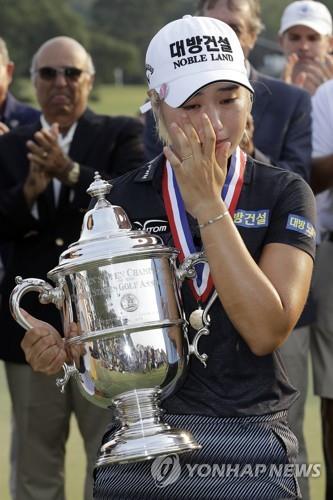