SEOUL, June 3 (Yonhap) -- The head of the main opposition Liberty Korea Party (LKP) urged the liberal government on Monday to stop what he called a submissive stance on North Korea and to put pressure on Pyongyang to dismantle its nuclear programs.

"The Moon Jae-in government should immediately stop its policy that is submissive to North Korea and bear in mind that putting pressure on the North to give up nuclear weapons and improve the human rights situation is the only path to peace on the Korean Peninsula," Hwang said at a party meeting.

His remarks came as North Korea's denuclearization talks have stalled following the no-deal summit between the leaders of the United States and the North in Vietnam in late February.

"The government is not protesting North Korea's missile launches, but focuses on the moves to ease sanctions on North Korea and provide food aid," he added. 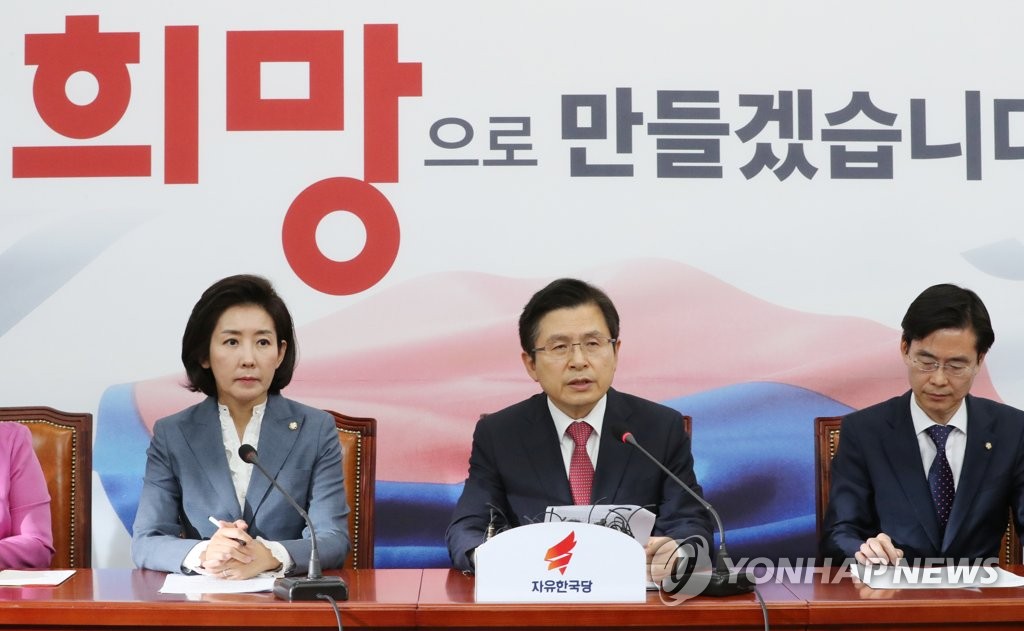