SEOUL, June 3 (Yonhap) -- Rival parties bickered over which side should be blamed for a failure to normalize parliament on Monday, dimming the outlook for the full operation of the National Assembly at an extraordinary session in June.

Under parliamentary law, an extra session automatically convenes on the first days of February, April and June, and on Aug. 16. But, for its full-fledged operation, political parties should reach a deal on a detailed schedule.

The parliament has not been working for more than two months amid heightened partisan tensions over the latest decision to fast-track key political and judicial reform bills.

The latest negotiations fell through Sunday due to the wording of how to handle the fast-tracked bills that may be contained in their joint statement.

Once a bill is put on the fast track, it can automatically be put to a vote at a plenary session even when relevant committees fail to deliberate on or approve it within a given period. 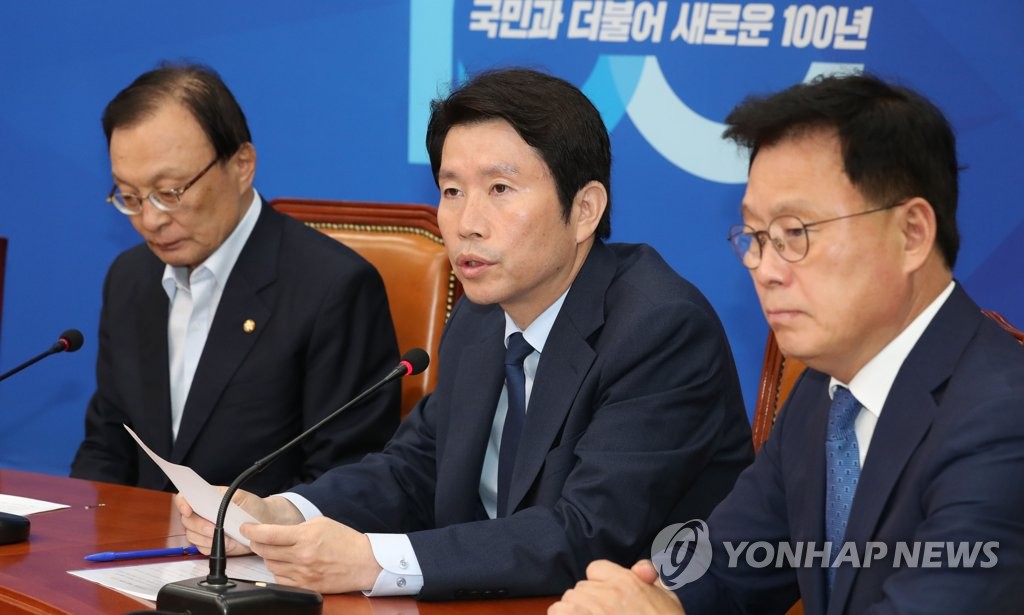 "We want to open parliament more than anyone, but a key to unraveling the current stalemate lies in the ruling party," Na said at a meeting with senior party members.

The minor liberal Party for Democracy and Peace and the leftist Justice Party (JP) called for a swift opening of the session even without the LKP.

"If the ruling party feels burdened to summon the session by itself, it can gain support from parties and lawmakers that are willing to join the move," Rep. Youn So-ha, floor leader of the JP, told a party meeting.

Rival parties are embroiled in intensified strife, delaying legislative efforts ahead of the 2020 general elections. 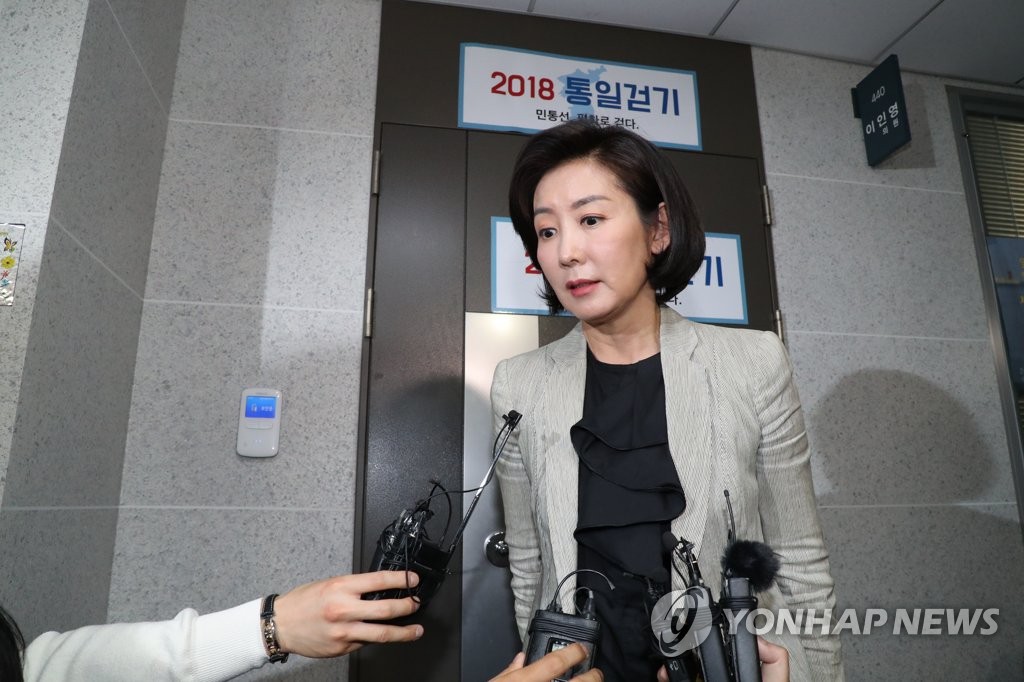