SEOUL, June 3 (Yonhap) -- The International Air Transport Association (IATA) concluded its three-day annual meeting in Seoul on Monday with calls to make the industry sustainable amid a slew of challenges lying ahead.

"It was a great honor for us to host this global event," Cho said. "I think this event has upgraded the global status of South Korea in the aviation industry." 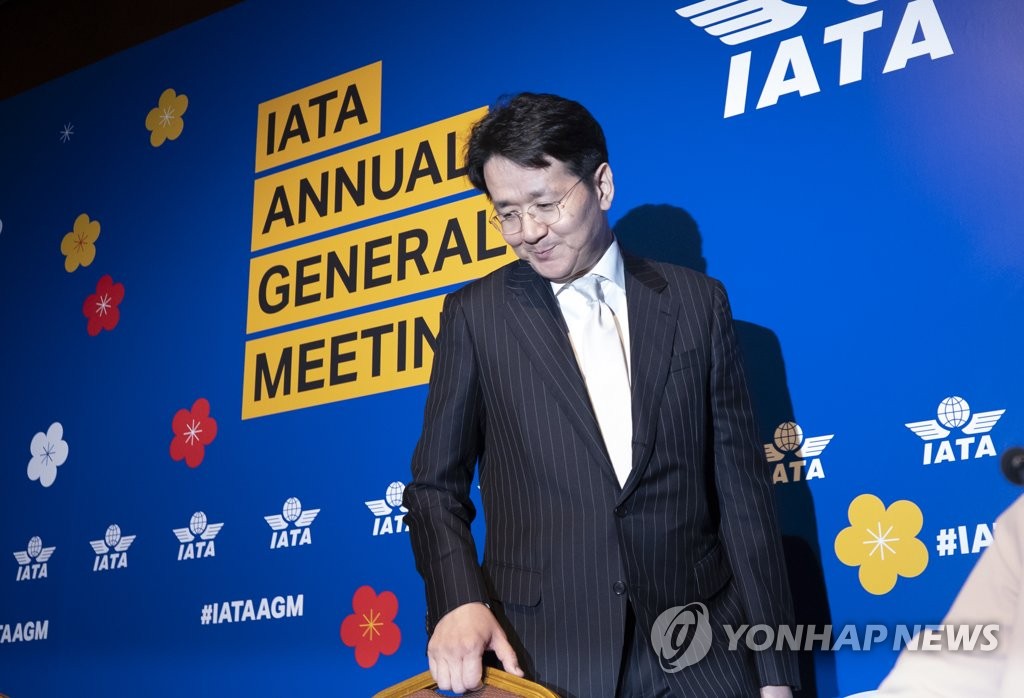 IATA endorsed five resolutions at this year's AGM. It called on governments to implement the Carbon Offsetting and Reduction Scheme for International Aviation (CORSIA), and asked them to come up with better measures for airport slot allocation and management.

IATA also resolved to support the global deployment of Radio Frequency Identification (RFID) for baggage tracking and the "One ID" initiative, a paperless passenger process system utilizing biometric recognition. It also vowed to support passengers with disabilities to have "safe, reliable and dignified" travel.

"The biggest achievement at this year's AGM is that we saw strong support for resolutions that we have put forward, particularly in the environment and passenger experience," said Alexandre de Juniac, director general and CEO of IATA, at a closing press briefing. "All these resolutions are in favor of developing our industry. We're developing industry in a sustainable way."

IATA urged governments to help the industry's efforts to reduce emissions, while expressing concerns on a escalating trade dispute between the United States and China.

"Any restriction to trade, people is bad news for the industry," de Juniac said.

At the 75th AGM, IATA elected Lufthansa Group CEO Carsten Spohr as new Chairman of the Board of Governors (BoG), the policy review and decision-making body of the IATA. Korean Air chief Cho was one of the newly elected members of the IATA BoG. 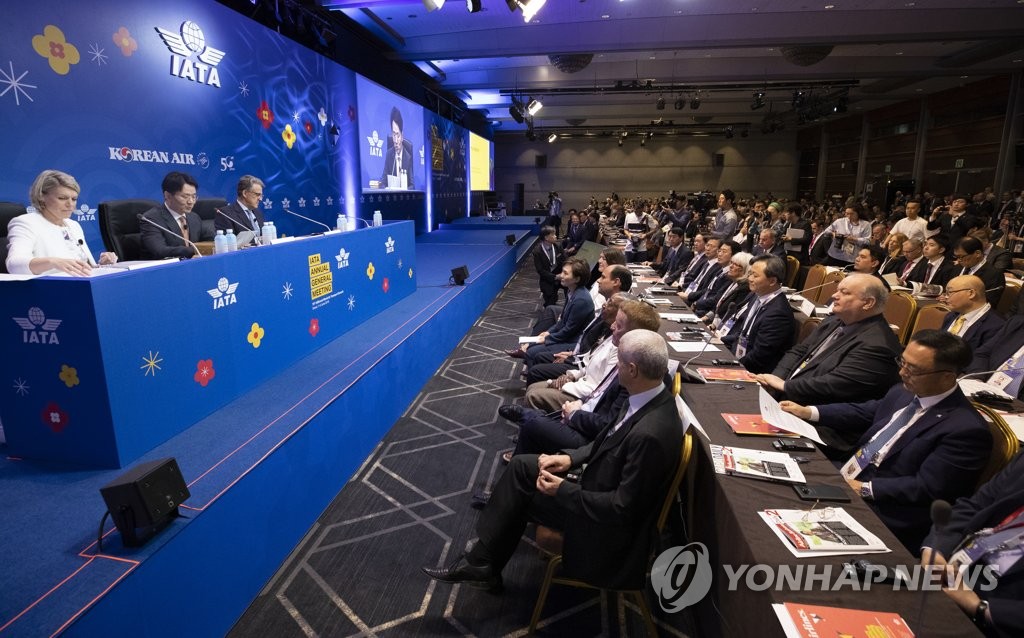