"The government will make its utmost effort till the end, mobilizing all diplomatic channels and available material and human resources," Moon said during a weekly meeting with senior Cheong Wa Dae officials. 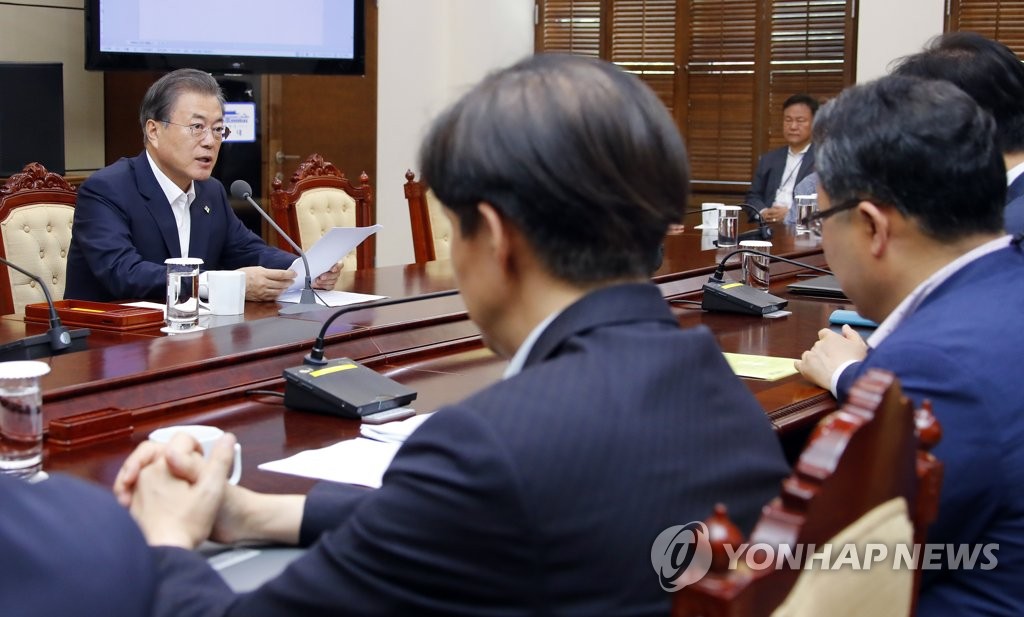 Moon expressed his condolences to the families of the victims.

He said he is very worried that search operations are making little progress due to bad conditions.

He pledged every effort to find out the exact cause of the accident in cooperation with local authorities and thanked them for their active cooperation.

Earlier in the day, the president received a briefing from Foreign Minister Kang Kyung-wha on the results of her visit to the Hungarian capital for relevant consultations.

Moon instructed Kang to maintain a system of close cooperation between South Korea and Hungary to handle the accident and unify press briefings to minimize possible public confusion.