SEOUL, June 3 (Yonhap) -- A group of South Korean businesspeople who had operated factories at a shuttered joint industrial complex in North Korea, will visit the United States next week to call for the reopening of the factory park, their representatives said Monday.

During the trip, the South Korean business leaders will attend a seminar organized by Rep. Brad Sherman and meet with lawmakers and experts as well as a State Department official in Washington before heading to Los Angeles, they said.

The planned visit comes as North Korea remains silent about South Korea's decision to allow businesspeople to visit the complex in the North's border town of Kaesong to check the condition of the equipment they left behind when the complex was abruptly shut down in February 2016.

"Unlike the government, we think that there is no point in checking the facilities if the visit is not premised on the resumption of the complex," Jeong Gi-seob, head of the association comprised of the South Korean firms, said during a press conference in Seoul.

"We all know that the visit is not equal to resumption of the park," Jeong said, stressing that they still hope the trip will be a crucial "first step" to resuming operations at the complex.

Urging North Korea to promptly approve their Kaesong trip, the businessmen said they hope to visit the complex by June 20, before U.S. President Donald Trump comes to Seoul for talks with President Moon Jae-in.

The factory park had served as a key source of hard currency for North Korea, and leader Kim Jong-un said in his New Year's Day address that he's willing to reopen the complex without any precondition.

But reopening the park would require an exemption from U.N. sanctions on Pyongyang. The U.S. is opposed to such exemptions as they could undercut its "maximum pressure" campaign aimed at denuclearizing the North. 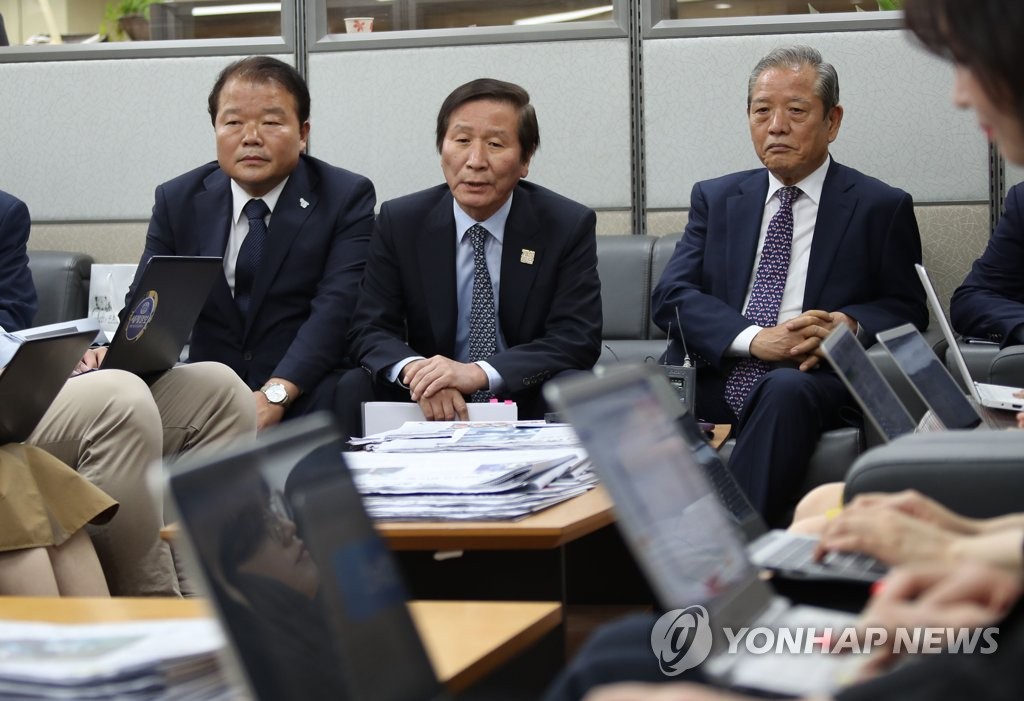 Businesspeople to visit U.S. next week to call for reopening of Kaesong complex

Businesspeople to visit U.S. next week to call for reopening of Kaesong complex