"It is a very sensitive issue to comment on but we are looking at the deal," Korean Air Chairman Cho Won-tae said in a press conference held on the sidelines of the 75th International Air Transport Association (IATA) Annual General Meeting in Seoul.

Kumho Asiana plans to sell a 33.5-percent stake in Asiana Airlines held by affiliate Kumho Industrial Co. within this year as part of its broad restructuring efforts.

To ride out the South Korean won's weakness, tougher competition with low-cost carriers and rising fuel prices, the company will take a "more aggressive strategy" going forward, the chairman said.

He didn't elaborate on what aggressive measures will be taken by the Korean flag carrier.

The chairman took the helm of Korean Air after his father and late Chairman Cho Yang-ho died of a chronic illness on April 8. 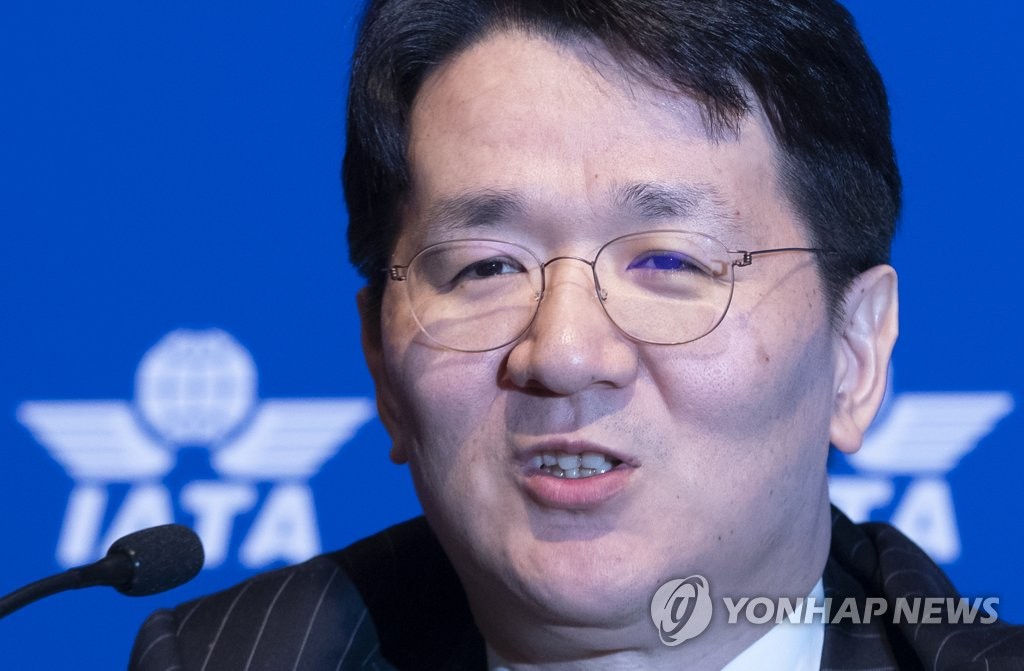