SEOUL, June 3 (Yonhap) -- "Parasite," the winner of the Palme d'Or at this year's Cannes Film Festival, will be screened with English subtitles at South Korean cinemas for foreign audiences starting this week, operators said Monday.

CGV, the country's largest multiplex operator, owned by retail giant CJ Group, will screen the black comedy with English subtitles from Monday at its theaters in Yongsan, Yeouido, Shinchon and four other locations in Seoul, as well as two in Gyeonggi Province.

"We decided to offer the English-subtitled version of the movie as a way to meet demand from foreign movie fans," said an official from CGV.

Another multiplex chain, Megabox, will also screen "Parasite" with English subtitles once a day at three of its theaters -- at COEX convention center and Shinchon in Seoul and Incheon's Songdo.

The movie, directed by Bong Joon-ho, has dominated the box office since its release in South Korean theaters Thursday. The film added 2,788,972 admissions over the weekend for a cumulative total of 3.36 million, according to the Korean Film Council. 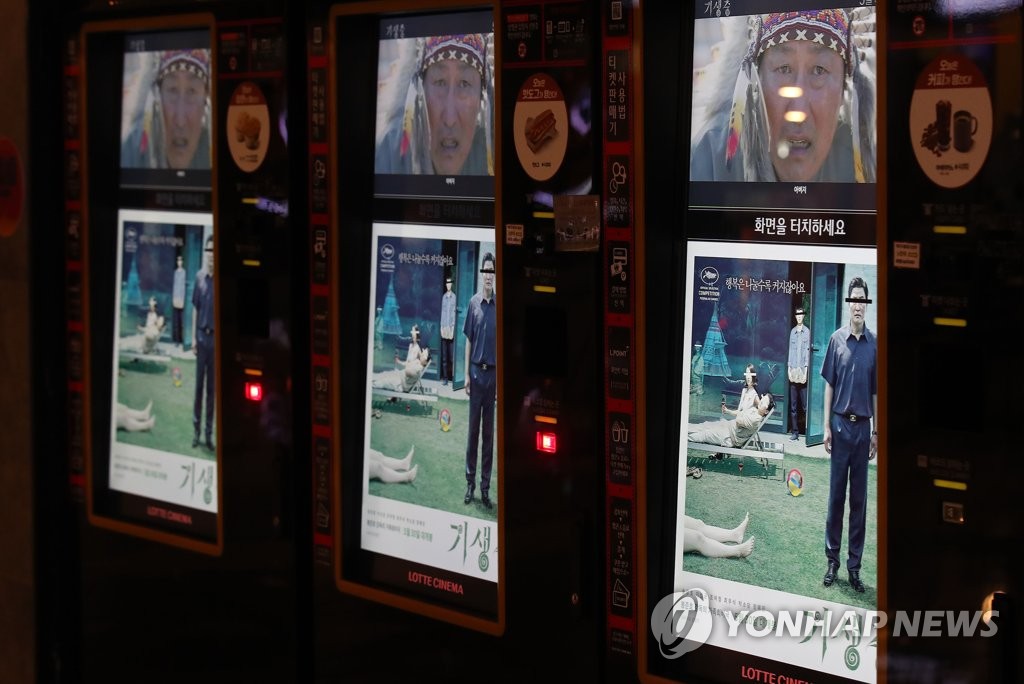 'Parasite' to be screened with English subtitles

'Parasite' to be screened with English subtitles