SEOUL, June 3 (Yonhap) -- A North Korean state newspaper has urged people to take preventive measures against the spread of African swine fever, saying an outbreak of the disease in areas near the country is causing great concerns.

In a contribution to the Minju Joson, the organ of the North's cabinet, on Sunday, the head of a veterinary lab under the Academy of Agricultural Science said the disease is causing "extensive damage" in the livestock industry across the globe.

North Korea reported the outbreak of the disease at a farm in the northern Jagang Province bordering China to the World Organization for Animal Health last week, but state media outlets have made no mention of it so far.

The Minju Joson also stopped short of reporting on the outbreak of the disease in the country, despite going into detail on the characteristics of the fever.

"The international airport and ports should strengthen disinfection operations to make sure products contaminated by the virus cannot enter (the country)," the newspaper said. "Veterinary epidemic control organizations should thoroughly inspect whether the African swine fever has broken out at pig farms."

"As soon as the disease is reported, a strict traffic control is needed along with the culling of the pigs without drawing blood from them, and the dead pigs ... and other vehicles for the spread of the disease should be burnt, the ashes should be mixed with lime and buried deep in the ground," the newspaper said.

Since its outbreak in China in August, the disease has spread to neighboring countries, including Mongolia and Vietnam.

South Korea offered to the North to work together to stem the spread of swine fever on Friday through an inter-Korean liaison office, but the North has yet to respond to the proposal. 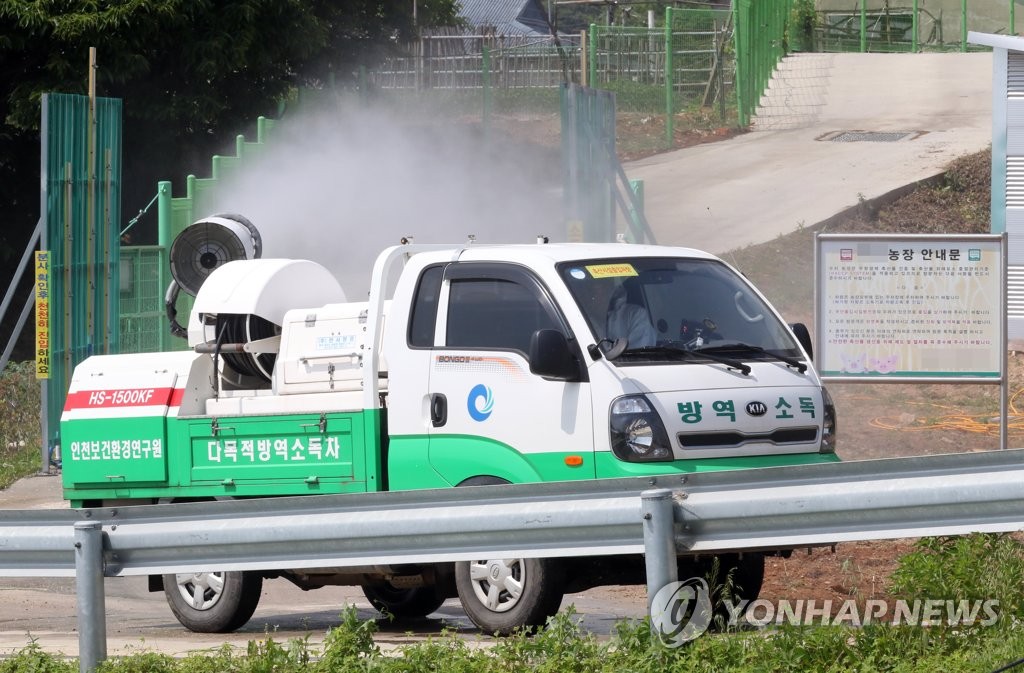