To hear the 27-year-old tell it, he was just "dumbstruck."

"I'd like to thank coach (Paulo Bento) for this opportunity. I am honored," Lee told reporters Monday as he arrived at the National Football Center (NFC) in Paju, north of Seoul, for the start of training for friendlies against Australia and Iran later this month. 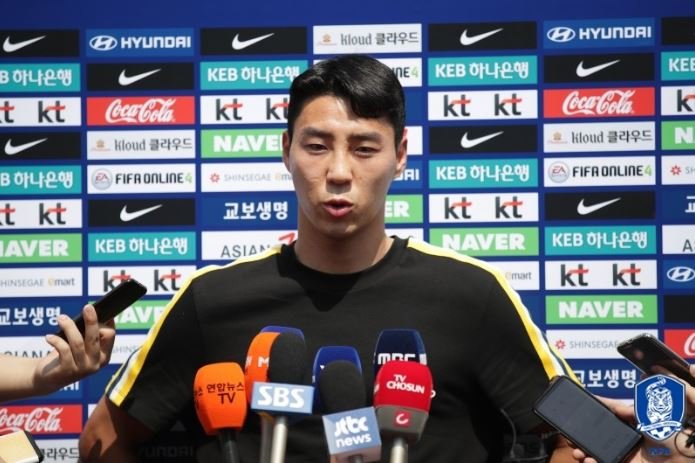 Lee was a favorite of former coach Uli Stielike, who made a surprise choice out of the forward before the 2015 Asian Football Confederation (AFC) Asian Cup. Lee responded by scoring three goals in his first six matches, including two at the Asian Cup, as South Korea finished runners-up to Australia.

But Lee had been a forgotten man since Bento took over the national team last August. Now that the Portuguese boss is giving him a shot, Lee is determined once again to prove his worth.

"The important thing for me is to make adjustments to his system," Lee said. "I'll try to battle defenders in the offensive zone and make the right plays for my teammates."

Lee is the leading scorer for second-tier club Busan IPark this season. With seven goals in 11 matches, he is ranked third in the K League 2 scoring race.

He was a surprise choice over more decorated strikers plying their trade in the top-flight K League 1. But Bento insisted that he looked past statistics to pick players that he felt would be the right fit to his structure.

Lee is known for moving well without the ball and being difficult to knock off the ball. He will likely partner with captain Son Heung-min, a versatile attacker for Tottenham Hotspur who can either play as a striker or a wing forward.

"Heung-min is a world-class player who always does well," Lee said. "As long as I do what I am supposed to do, we should be just fine."

Lee said he was even more nervous Monday than he had been when he first made the national team, and he's just as determined to do his best for the country.

"Like other players, I'll go out there and play with confidence," Lee said. 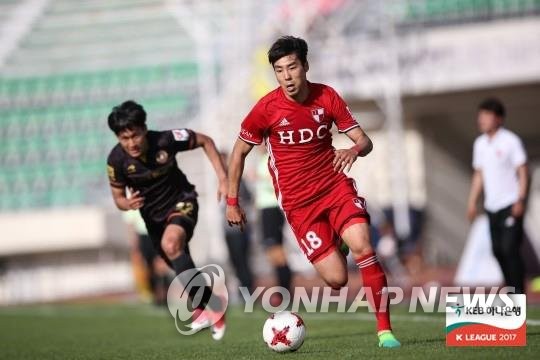 In long-awaited return to national team, forward trying to keep it simple

In long-awaited return to national team, forward trying to keep it simple